The Ellen MacArthur Cancer Trust has set sail for 2019!

While this week 28 familiar faces have been welcomed back to join a longer cruising trip from the Trust's northern base in Largs.

The young people live, sleep and eat on board as they sail from place to place with others who have gone through similar treatments as crewmates, all on their journey through recovery. 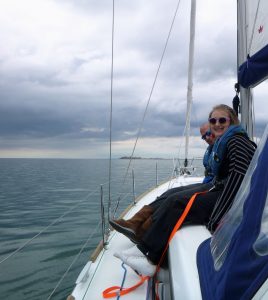 Dionne Brown, 26  from Devon set sail on the stormy solent last week. She was diagnosed with osteosarcoma in 2017, after 11 months of grueling treatment, she had her leg amputated.

She reveals nearly backing out the night before going on the trip as she was worried, she wouldn’t be able to stand up and was scared about being around the water as an amputee. But she believes the trip has transformed her confidence and stopped her self-doubt.

She said: “ I’m really surprised at how much I enjoyed the trip, I felt so anxious before and at first I wouldn’t even stand up but by the end of the week I was walking up and down the boat while it was moving.”

“I feel a lot more confident in realising I can do a lot more stuff than I think I can do, I’m much more capable. It’s been so nice to meet other people from all over the UK who have been through similar situations, it’s comforting to know you’re not the only one.”

Dionne sailed on the Trust's specially adapted yacht Solent Hero, which was funded by the players of People's Postcode Lottery to make sailing more accessible for young people who have mobility difficulties like her. 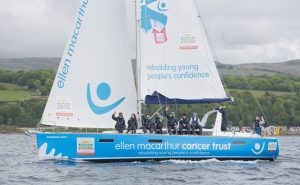 This year sees no fewer than 31 trips taking place across the country between the start of June and the end of September, including more sailing off the west coast of Scotland in Largs.

This week a group of over 18s who have sailed with the Trust before will spend five days cruising around the beautiful Scottish landscape, we can't wait to hear their stories and see the transformations when they return to dry land.

Our partners at Essex Outdoors Bradwell, Outdoor Adventure in Cornwall, Water Park Lakeland  Adventure Centre in the Lake District and, for the first time this year, the Hollowford Centre in the Peak District will be welcoming young people all summer too for our outdoor adventure trips.

And for the first time ever there will be two canal boat trips for under and over 18s with our friends CanalAbility in Essex at the end of October! A Trust crew also competes in the ATSO (Association of Sail Training Organisations) Small Ships Race at the start of the month.

A significant amount of young people experience loneliness during cancer, as many as 83%. On a trip they are with others who share their worries and have had their confidence shaken. Through time spent with people who understand and by being encouraged to step out of their illness, we hope the Trust can make recovery something that no young person has to go through alone. 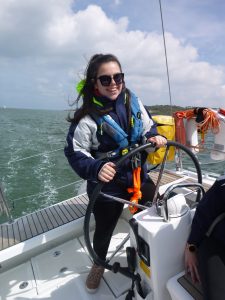 It is inspirational to those who have recently finished treatment to see people who were supported by the Trust return as volunteers. Already, 134 have come back to lend a hand on a Trust trip, with another 20 becoming volunteers in 2019. It is vital young people see that there is life after cancer and having the chance to interact with others at different stages of recovery is invaluable.

Just ask the young people themselves about the benefits – 92% said they felt more confident after a trip, having the chance to focus on what they can achieve rather than what they cannot.

Parents and guardians agree with 95% saying their child gained independence, observing them being happy away from home and doing things on their own.

We are so excited to welcome new faces and familiar friends to the Trust over the summer!

If you know someone who is struggling or could simply do with a bit of support like Dionne, however long off treatment they are, we would LOVE to hear from them:
www.ellenmacarthurcancertrust.org/news/know-someone-who-could-benefit-from-a-trip-send-them-our-way/