Vaccinations Q&A - lowdown from the experts

The development of vaccines brings hope, but also raises some questions. Hesitancy and anxiety are normal - and medical professionals are on hand to provide all the answers.

Everything you need to know - from the experts

The speed at which COVID-19 vaccines have been developed is incredible. Their rollout is well underway and looks set to dominate the news for months to come as more and more people are invited to get their jab.

But there are understandably a lot of questions. How was it created so fast? What are the side effects? Is it safe for those with pre-existing medical conditions?

Dr Dave Hobin, consultant paediatric oncologist, and pharmacist Anniela Etheridge have the answers. They explain the science, walk through the process of receiving the jab, and provide reassurance - it is safe and this is the beginning of our way out of this.

Listen to the full conversation on Sound Waves 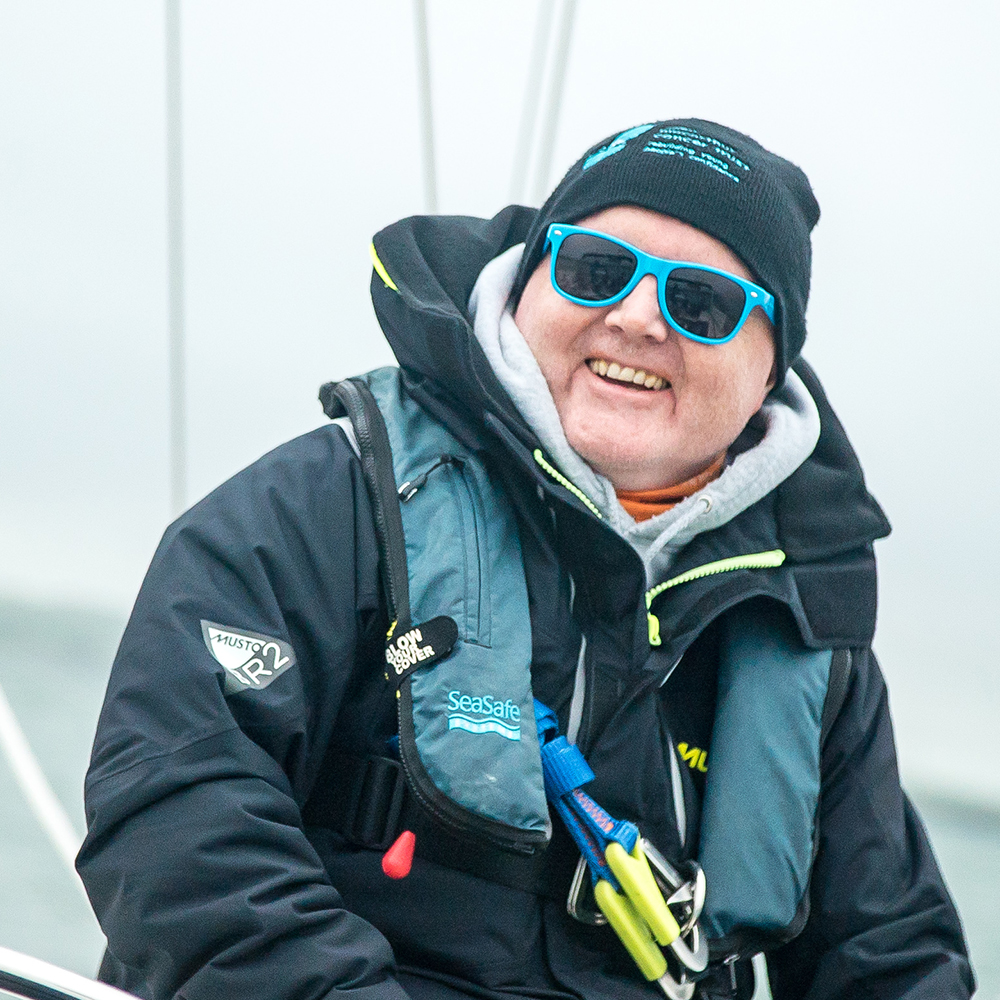 COVID-19 vaccines - what you need to know

How have the vaccines been made so quickly?

Dr Dave Hobin: I think there's no doubt in terms of the speed of development, it outstrips anything that we've seen before. If you look back historically, you probably have to go to the 1960s and the development of the mumps vaccine. That took four years to develop and people thought that was quick. So I'm not surprised that people are a little bit taken aback by the speed at which things have happened.

However, you have to set that in the context of the ongoing research in terms of this particular family of virus – the coronavirus. These are not new viruses, and the research that's been ongoing, that we wouldn't have known about up until the pandemic, has been going on for the best part of15 years, if not longer. Where we are now sits on the back of a lot of grounded research over a couple of decades.

People have moved quickly in a way they haven’t before. We have to reflect on the global impact of what we've seen over the past year and how it has allowed people to move quickly in terms of getting to the point of having a vaccine available. The technology that exists in terms of just vaccine manufacturing in itself is ever developing, ever advancing. There is no doubt of the potential pressures this whole pandemic has brought, and the social and political urgency behind all of this.

People were looking at the economic devastation. That makes people move in a different way. The regulatory framework that exists around vaccine production has demonstrated how well it can adapt and how it can be flexible around demand like that.

We would be naive not to recognise the importance of the funding that has rolled into this whole process. Something I read relatively recently, just looking at the United States, you're talking in the range of about $10 billion to support the research, the whole process of vaccine development. That’s because this is something that's affected everybody. Let's not forget a pandemic means it's global, it's worldwide.

So I would hope people are reassured. Absolutely acknowledge and recognise that the speed at which things have happened is, to use a word that is probably overused in this time, unprecedented. But from where I sit in, from what I've seen, all the relevant regulatory robust data collection is all bona fide. I certainly don't get any sense that corners have been cut here.

I would suggest the speed at which we've got to where we've got to is really for celebration. It just shows what can be initiated on a global scale when it's needed.

What potential side effects should people be aware of before receiving the jab?

Dr Dave Hobin: In terms of things you need to worry about, I'm only aware of one issue that has cropped up and that applies if you're an individual who is known to have had experience with anaphylaxis and acute allergic reactions and life threatening allergic reactions. My understanding is that, under those circumstances, you would probably be advised not to have the vaccine. But that's the only one I'm aware of.

There are the other more local effects, like the sore arm you get for a few days. If my understanding is correct, the Pfizer-BioNTech vaccine tends to give you more local pain and discomfort for a few days than the Oxford-AstraZeneca version. They’re experiences that you're probably used to if you have the annual flu vaccine, for example. You know you're going to be a bit uncomfortable for a couple of days. But beyond that, I'm not aware of any other major issues that people are focused on or concerned about.

What do we know about people with pre-existing medical conditions receiving the vaccine?

Dr Dave Hobin: I am not aware that the vaccine is reported to have led to any particular issues in relation to deterioration of pre-existing medical problems.

We’re still learning a little bit about the dynamics of the immune response that you generate with the vaccine. I know through other contacts within the adult cancer world there is a strong drive for people undergoing cancer therapies to be vaccinated. That would imply to me that there are no real worries about it leading to the ineffectiveness or neutralising of any current treatments you're currently on for other conditions.

So I'm not aware that anybody has seen any significant changes or deteriorations. My understanding is just what we've alluded to, that those with a history of anaphylaxis or acute allergic reactions will probably be advised against receiving it.

How long does immunity from vaccines last?

Dr Dave Hobin: The immune response from the vaccines looks like it's fairly robust. There are a few questions about the long-term duration of that immune response. I hear questions coming up like, is this going to be like the flu vaccine? Is this something I'm going to need every year? My understanding is the jury's still out on that piece of knowledge and that decision making.

What should you know before going to a vaccination centre?

Anniela Etheridge: You will get an invitation to come for a vaccine. Your vaccination will either be at a hospital centre, at the GP, or at a big vaccination centre which might be in an exhibition space or football stadium. In some areas of the country even community pharmacies are delivering the vaccine.

You will have a time slot, so don't arrive too early. That's how they are managing the queues in and out, so make sure you arrive as close as you can to that time, because we don't want groups of people waiting around. There are lots of people on hand.

Lots of staff and volunteers have mobilised to help the centres, so if you've got any questions or concerns when you get there, or even if you just feel a little overwhelmed, just have a chat with a member of staff and they'll be able to take you somewhere quiet.

What is the process like once you're at a vaccination centre?

Anniela Etheridge: When you go for your vaccination, you’ll be asked some questions, and they might ask you to wait before you go in to get the jab.

One really good tip is to try wear a t-shirt or something where your arm is easily accessible, just to make the process a little bit easier. It will shorten the amount of time you're in there.

There are usually one-way systems through the vaccination centres. Social distancing is really well managed by the staff. You'll find people walking up after you to clean the seats, all ready for the next person with everybody in PPE, masks, aprons, just to give everybody that extra protection.

What is the atmosphere at a vaccination centre like?

Anniela Etheridge: Having my vaccination, there was a real positive atmosphere in the centre. I think when we're following the government guidelines and being at home and social distancing, although it's a massive thing to help with the campaign about COVID-19, it kind of feels like you're not really doing anything. But in these vaccination centres, when you’re getting your jab, there's a real sense of camaraderie and unity in the community, amongst the staff and the people getting the jabs. It's really lovely.

How fast is the process?

Anniela Etheridge: It's really quick. They will ask you some questions as they're doing it. They're really thrilled to be giving it as well, that togetherness is really felt.

The jab itself is very quick: in, sleeve up, in and then out again, with a couple of questions.

Are you completely vaccinated after your first dose?

Dr Dave Hobin: No. The vaccination process is a two-step process currently.

You'll have your first dose, and as as it currently stands, you'll be invited back for a second and final dose within 12 weeks.

I think it is important that people complete the course. The science behind this is very robust and indicates that most of the protection you will receive you will get after the first dose. This is why there's been a drive to get as many people vaccinated with the first dose as possible. But it is important that course is completed. It's just like in the course of medicine: you've got to complete the course to get maximum effect.

Can I go back to normal after my jab?

Dr Dave Hobin: No, that is not the case. The national restrictions that are in place to manage this still apply. The vaccine is an important step along the way in us recovering from this event. But it is not a ticket to go and then gather together and party. It is really important that we continue to stay vigilant, and Hands, Face, Space still applies even though you've been vaccinated. It is really important for everybody to remember that.