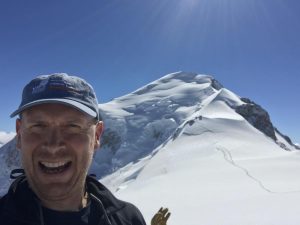 When you talk about going above and beyond, Trustee Martin Pluves took that to new heights when he scaled Mont Blanc to raise money and awareness of the Trust.


Martin battled the effects of high altitude, breathlessness, severe dizziness and tingling hands as he climbed the 4,810m massif, to the roof of the Alps and the highest summit in Western Europe in September 2018.

At one point he had to reconsider the dangers faced; consulting with his guide as to what they would do if his condition worsened and he began to lose consciousness, particularly on the mountain’s most precarious final section, the Boses Ridge, where 10 people lost their lives this summer alone.

The decision was made to push on, with the thought of why he was doing this motivating every step and helping Martin draw on every bit of strength using his experience and concentration to avoid potentially life-threatening mistakes. 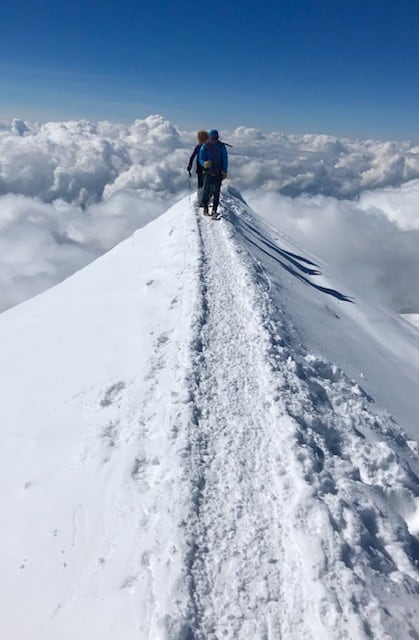 After two days’ climbing – including contending with the risks of frequent rockfalls whilst scaling the intimidating 600m Grand Couloir, a near-vertical rock face leading up to the Gouter Ridge - the team reached the top in brilliant sunshine and crystal blue skies at 2.30pm on 14 September.

Martin admits he was close to tears.


He said: “You get a lot of time to think on the mountain. Above 4,000m talking is made difficult by the exertion and fighting for oxygen and I spent a lot of time thinking about what young people go through from that first time they and their parents hear the frightening words cancer or leukaemia, sarcoma, melanoma or lymphoma.


"That really helped spur me on on this climb and helped to build my own confidence to face my fears on the mountain.


“I found my mind flicking to some of the great young people I've met whilst volunteering on Trust trips and what they told me about the difference that going on their first trip made to their recovery."


“The top of Mont Blanc is not a good place to be feeling dizzy. You're climbing on a mixture of solid ice and rock with nothing to hold onto because for the last hour or so you are climbing a steep ridge, like the roof of a house, and the ice slopes away sickeningly steeply either side, dropping off hundreds of meters below.


"At the summit I was close to tears from the emotion of feeling in such a precarious and dangerous situation for so long.” 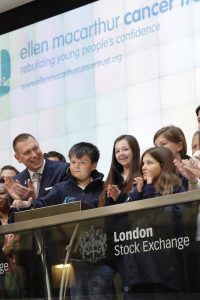 His involvement grew from there as he joined the Trust for the 2016 Round the Island Race and experienced first-hand the impact on young lives.

Martin, who has sailed boats and climbed peaks around the UK for as long as he can remember, committed to tackle Mont Blanc as part of his wife Jacqueline’s personal ‘FortyCubed’ challenge where she was aiming to raise £40,000 for 40 different charities in her 40th Birthday year.

By now a Trustee, Martin knew there was only one charity he wanted to raise funds for.


“As a Trustee we see letters and messages sent by families of young people who have sailed with the Trust. I’ve had to impose a personal rule to not read these messages in public as they invariably bring me to tears, usually tears of joy as I learn of the impact the Trust has had on the life of a young person in recovery from cancer.


“It’s clear the Trust has had a long term impact on a huge number of young people’s lives, often being the catalyst which helps a young person begin the difficult journey to restore their self confidence, rebuild relationships, return to education or work and set long term goals and ambitions, areas of their lives which often fall away completely when dealing with cancer and treatment programmes.


“The Trust gives young people a chance to mix and share time and stories about the process of recovery in a safe environment where they can challenge themselves have fun, build new friendships, try new things and learn new skills. Often we find they go on and travel this journey of recovery together after meeting up with lifelong new friends.” 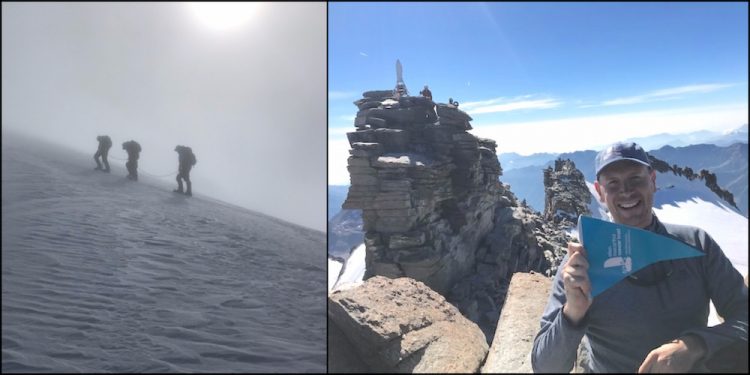 Martin was joined by three other “client climbers”, as well as their guide Fabio, for the challenging and exhausting week of climbing.

The quartet at first faced a two-day training and acclimatization climb up Italy’s highest mountain, the 4,300m Gran Paradiso, as Fabio assessed their technical climbing abilities, pushing them to discover their limitations and weaknesses and providing training as they navigated huge, deep crevasses in the glacial ice and traversed steep icy slopes, ahead of the Mont Blanc attempt.  They were then ready for the main event.

Before he went, Martin was made to promise his wife and parents he would not go on from this to tackle Mount Everest or some other similar dangerous Himalayan peak, but he admits the trip has done nothing to diminish his love of the mountains and he would like to do more climbing in the Alps. But for now, having raised over £10,000, Martin is delighted that the funds raised will help change young lives.


He added: “Every time I sail with young people I see them enjoying the very normal fun of a water fight or a joke, when they have so obviously forgotten themselves, aren’t thinking about their past or recent experiences with illness and are simply living in the moment, well and truly out of their shells and letting go and having fun.” 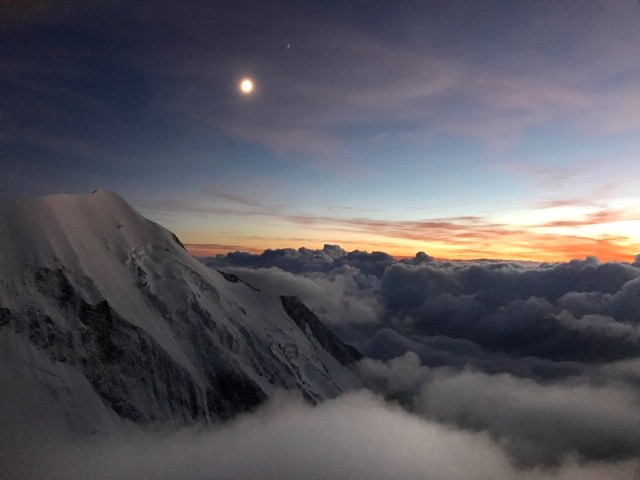