Strengthening our frontline for 2022

The Trust has continued work on its Ambitions for 2020 - 2022 this year, which has included welcoming new skippers and volunteers aboard. This is why it matters. 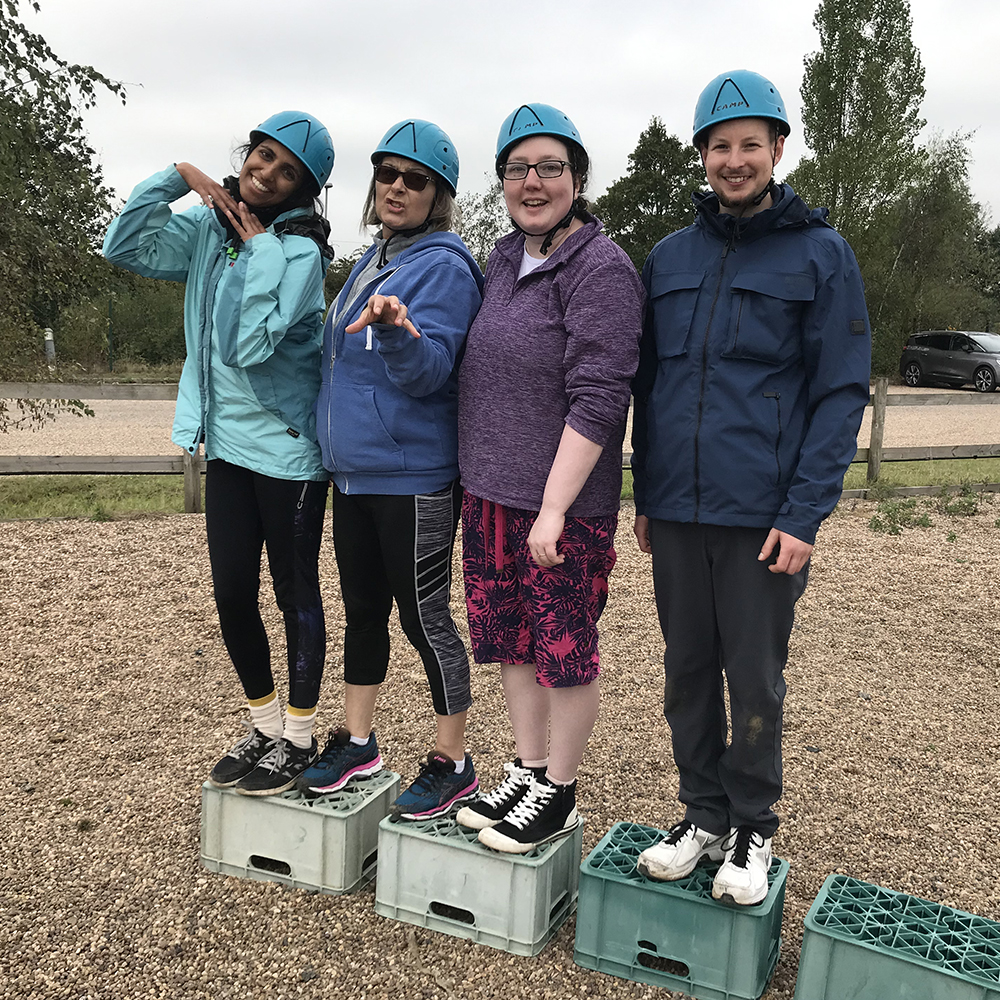 Among the excitement of 2021, the Trust has also welcomed new faces to its support team.

As part of our Ambitions for 2020-2022, we set out to strengthen our frontline by focusing on volunteer and skipper development. This ensures young people get the best outcome possible from their trip.

Across an October weekend, 9 young people set off to Whitemoor Lakes in Lichfield with some familiar faces.

There, they qualified as Trust 'graduate volunteers', eligible to now support trips, after taking part in team bonding, learning about how best to be supportive, and hearing from Susie Shaw from mental health charity, Mind Over Cancer.

Leila first sailed with the Trust in 2016. She became one of the Trust’s new 'graduate volunteers' after taking part in the training weekend. She said: “Having graduate volunteers on trips is amazing, they play a very important role. It’s exciting to see that becoming a volunteer is a possibility, especially when you are going through difficult times. They are the glue that hold the group together on trips.

“I have met so many volunteers on trips as a young person and they have all inspired me. I wanted to become a graduate volunteer to help inspire other young people, but also be a part of providing the same support that I’d received on trips.”

Young people who returned to Largs for sailing adventures in September will also have met new skipper, Ollie Bowden. Judging by the enthusiastic response to his joining the team, we are already looking forward to having him on board again and again.

After volunteering as mates in the past, Alex Guerandel and Liz Austin also joined our fleet of skippers. Both had busy summers with the Trust and having them take the helm for the first time this year has been fantastic.

As work continues on the Trust’s Ambitions for 2020-2022, we are grateful to have a frontline team that cares deeply about inspiring young people living through and beyond cancer to believe in a brighter future. They have as big an impact as anyone on what every young person takes from their trip.