The Trust's incredible supporters raised a whopping £10,600 through the national 2.6 Challenge, which took place across the country last Sunday (26 April).

No fewer than 60 members of the Trust family, friends and supporters, old and new, took on a Challenge around the numbers 2.6 or 26.

On what should have been the day of the London Marathon - the world's biggest one-day fundraising event - the national #TwoPointSixChallenge was launched to help save the nation’s charities, which have been impacted by the pandemic.

The Trust has seen its income take a significant hit because of Coronavirus, but young people recovering from cancer are going to need the Trust more than ever when this is all over. Our fab supporters, or ‘Home Heroes’, came up with all sorts of inventive ways to fundraise to help ensure we can be there for the young people who will need us now and in the future.

Amongst the highlights were Trust Ambassador and double Olympic gold medallist, Shirley Robertson, and her family who took on a marathon rowing challenge, Trust CEO's Frank Fletcher's triathlete son, James, cycled 260 kilometres on his indoor bike - the distance from London to Manchester - and Youth Board member, Danielle Clapcott, produced 13 PPE gowns. Each of these each raised over £1,000.

Whether they pushed their physical limits or got creative every challenge made a huge difference so please join us in saying a massive THANK YOU to everyone that took part. We have have been completely overwhelmed by the support shown during this difficult time.

Here is a round-up of the amazing efforts...

We hope these uplift you as much as it did us. We are still bursting with joy. It was a pretty epic day thanks to these incredible folk #HomeHeroes. 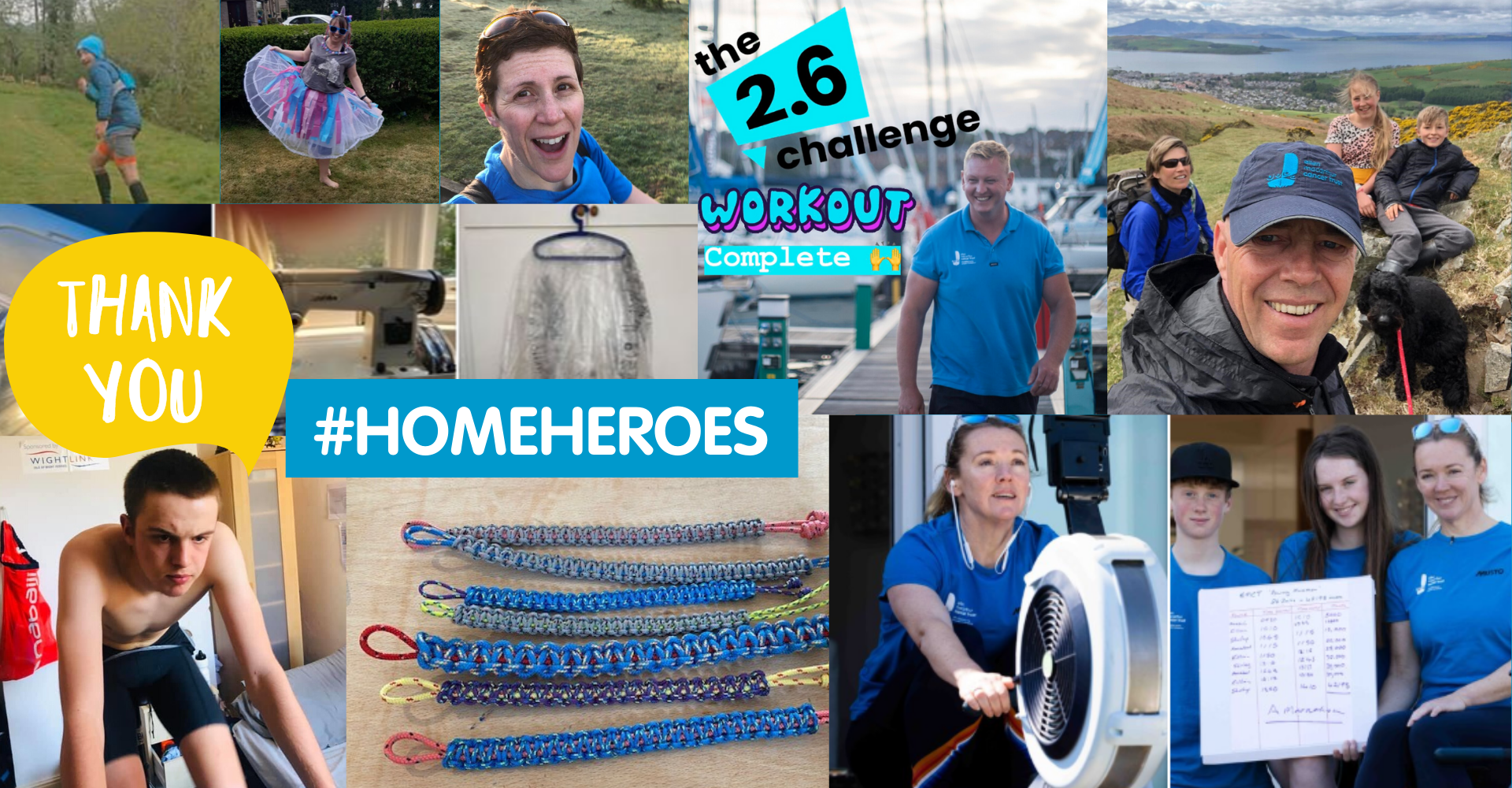