Round they go! Round the Island Race 2016

A rather rare but welcomed late start by Race standards for our young people today with bright blue skys and a fine wind in the 2016 J.P. Morgan Round the Island Race. 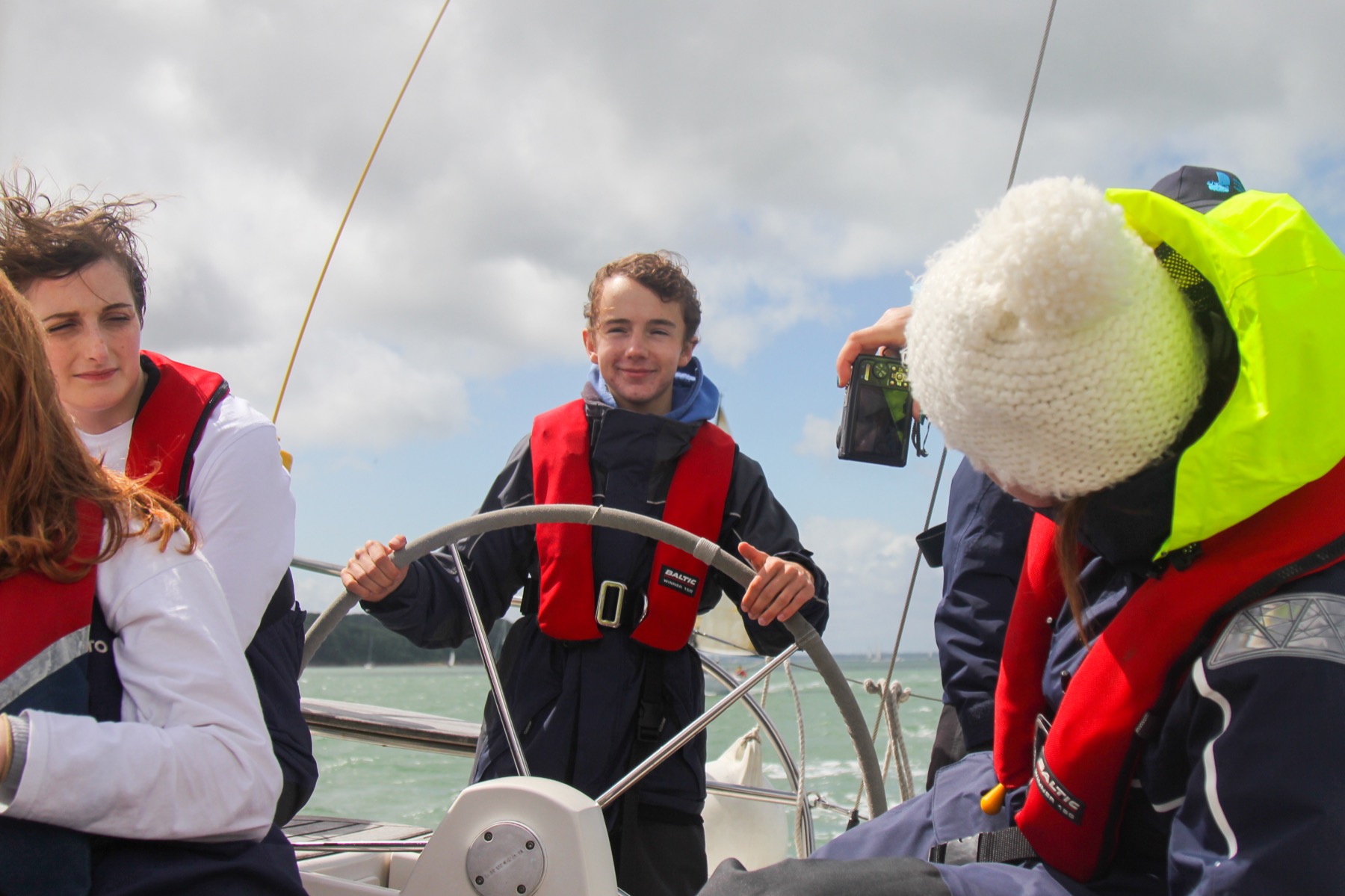 (Young person, Sam, at the helm of Wight Orca)

All our boats rounded the Needles at just gone midday with friendly rivalries breaking out. White Orca just beat Moonspray around the famous RTIR viewpoint and Carte Blanche even recorded 10 knots on the beat thanks to the great conditions.

J.P. Morgan Asset Management Bournemouth cyclists set off on their own annual Round the Island Challenge and like Phaedo, the winning boat, broke records! The fastest cyclist negotiated the route in a super quick time of 3 hours and 15 minutes.  The runners too, completing a 5k or half marathon challenge also did not hang around with happy faces seen all around on the finish line in Cowes Yacht Haven. 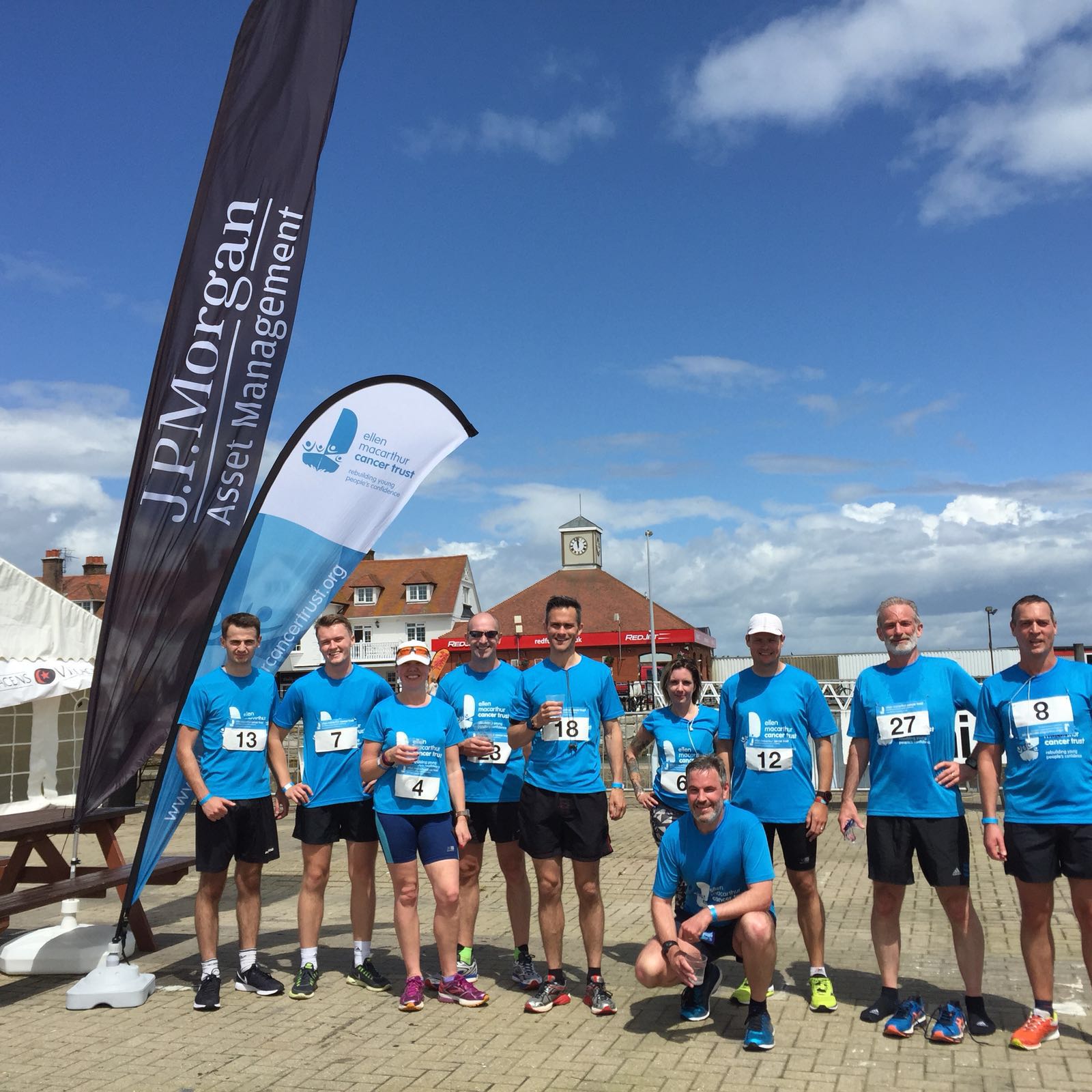 (J.P. Morgan Asset Management Half Marathon runners at the finish)

Meanwhile the Trust's team of 10 volunteers at Cowes Yacht Haven were making the most of the sunshine and people's great moods to raise awareness of, and encourage them to support, the Trust.  Our two stand competitions were also attracting visitors. The Harken Grinder, where competitors try to post the fastest time for winching, and the ‘Get Your Kit On’ competition where those taking part race to put on full sailing wet weather gear; Offering a chance to win great Henri Lloyd prizes.
Plaza Ices were also busy doing ice cream lucky dips to raise money for the Trust from their mobile ice cream trolley. 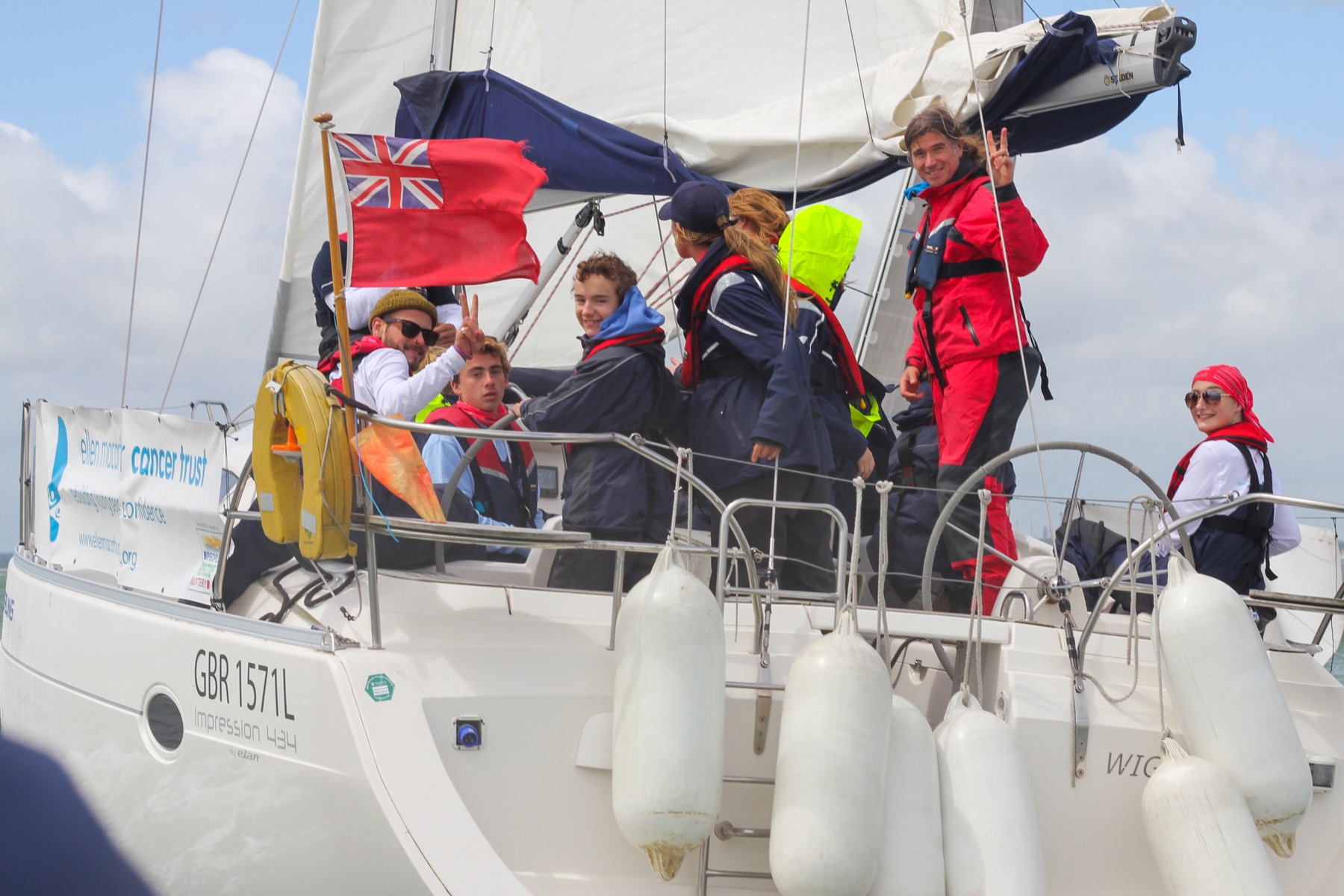 Who will win the mini battles? We will find out in about 4 hours......

To donate text RTIR16 followed by a space and the amount you would like to donate to 70070.