Getting young people living through and beyond cancer on the water is a team effort. It isn’t just the crews in Cowes and Largs, it isn’t just the amazing skippers and volunteers, it is everyone who supports the Trust in inspiring brighter futures. 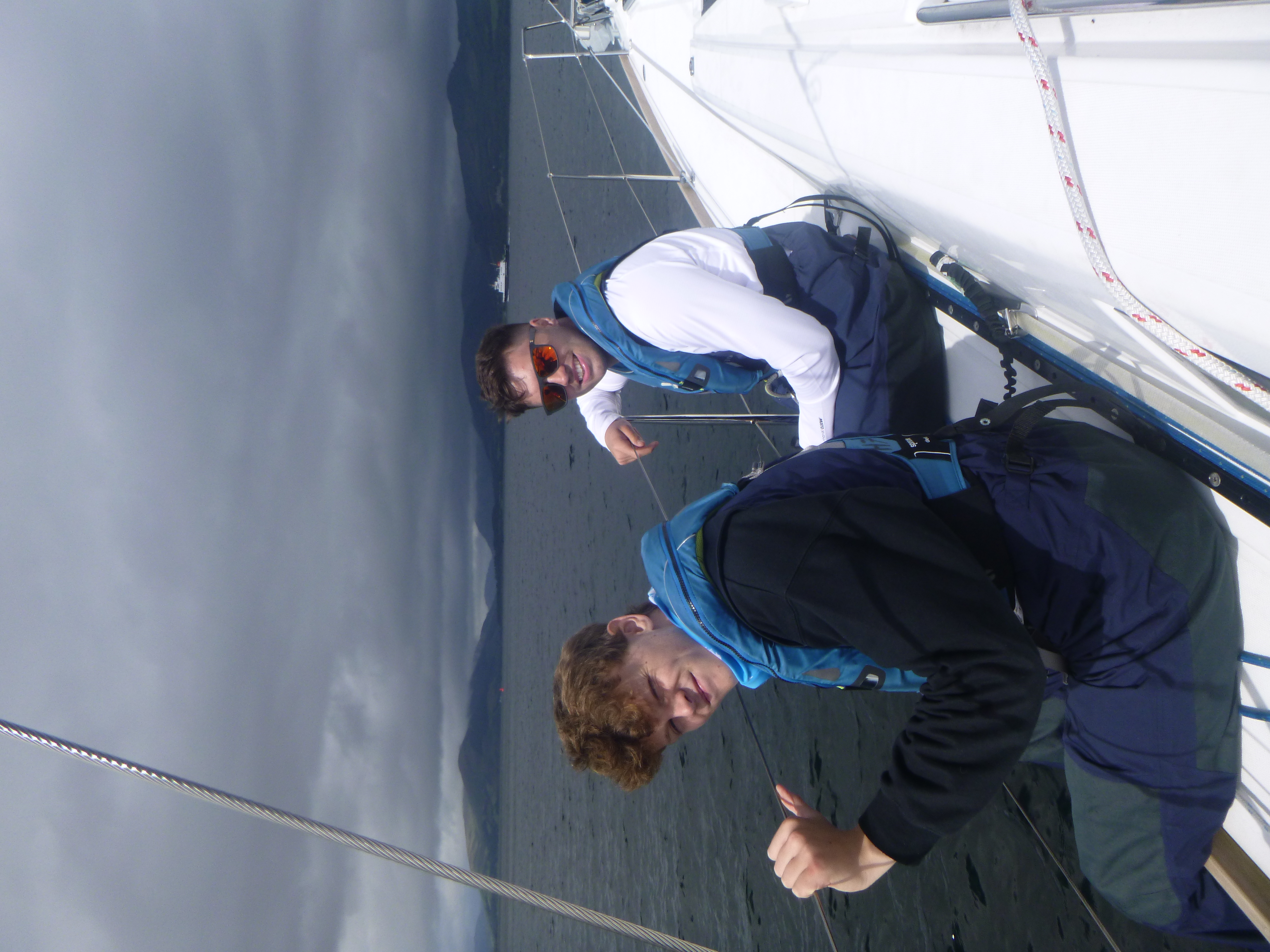 The players of People’s Postcode Lottery have been instrumental in the Trust supporting more young people. From helping us open our second base to enabling us to have specially adapted yachts, their support has impacted hundreds of young lives.

We were delighted to welcome Lewis Smith from People’s Postcode Lottery on a sailing adventure in Largs, where he saw for himself the magic that happens at the Trust.

I didn't appreciate how special it would be

Is it what I expected? Yes and no. I’ve got a sailing background myself, so I know boats. That part was familiar. I know what the Ellen MacArthur Cancer Trust does and what they try to achieve.

But it is the intangible things that really surprised me. The little conversations that happen in the background. Young people having similar journeys in their upbringing and what they have been through, actually being able to talk about that to each other.

They are like, ‘oh it’s not just me’, and talk about how they coped with what they’ve been through. It’s those intangible conversations, I didn’t appreciate how special it would be to see them.

When you’re involved this closely as a volunteer and see what happens at the Trust, you appreciate it a lot more. Seeing how Caledonian Hero, the boat that’s used, is kitted out specifically for the young people.

The beds are slightly split to have some privacy, the doors are nice and wide, there are technical sailing things that make the boat a little easier for the young people when they’re helping out.

The players of People’s Postcode Lottery have directly contributed to that because they helped fund and pay for the yacht. Even just sitting round the table having a giant game of what we called Evil Uno – that’s a story for another time – is a fantastic thing to see, the money from the players of the People’s Postcode Lottery is contributing to the young people having such a great time.

The skippers and volunteers just blew me out of the water with how they deal with things. The Trust is a finely oiled machine, everything just works. The format is brilliant: it’s relaxed enough to give young people time to do the things they need to do and get to know each other, but it’s busy enough to keep them moving. It's a brilliant balance of fun and chilled out and it just works. 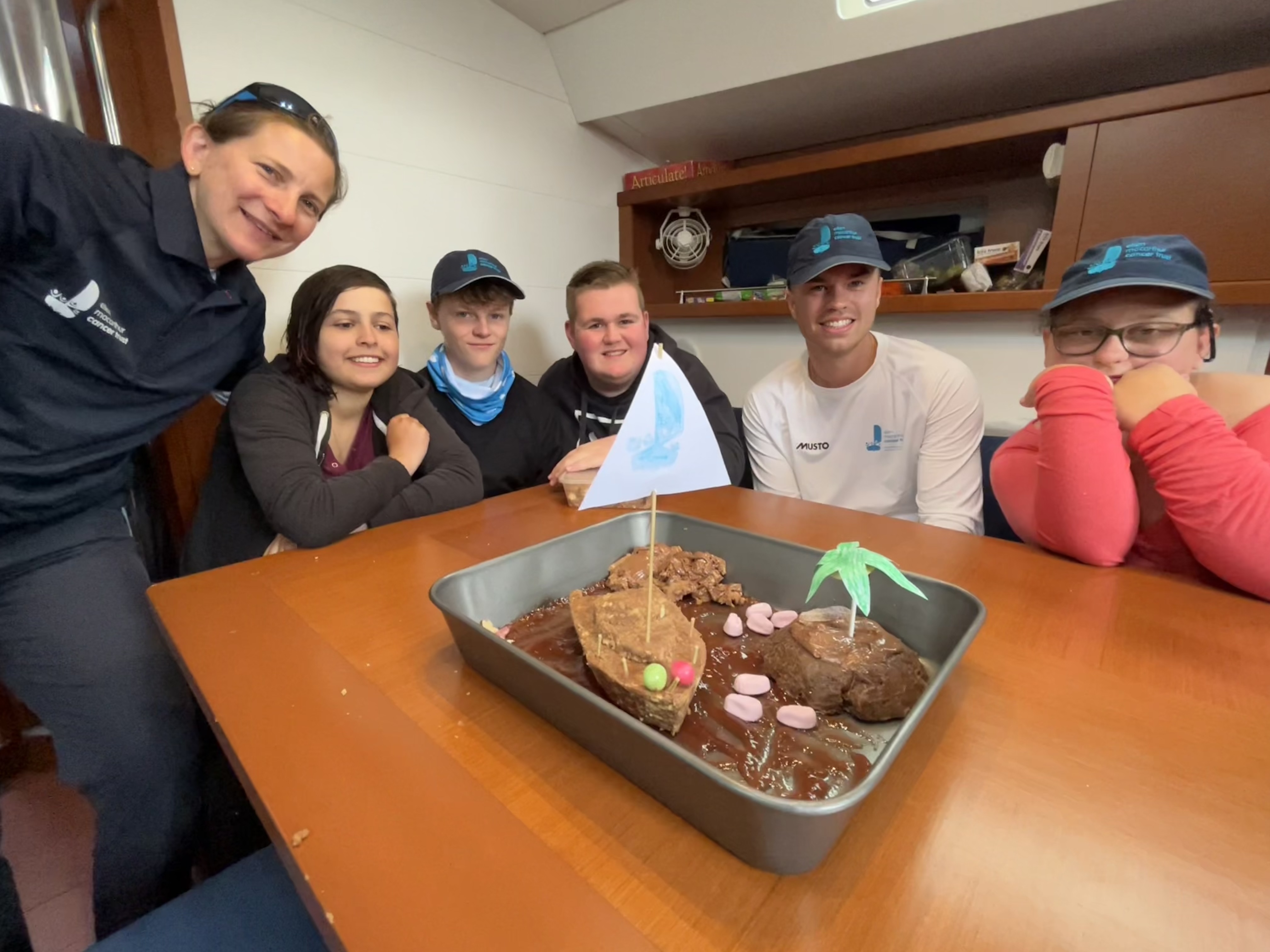 A sense of zen

I remember when we first sailed out of Largs Marina. We put the sails up and switched the engine off. The only way I can describe it is a sense of zen. You’re controlled by the wind, all you can hear is the splashing against the boat. It’s a really special feeling.

If you’re a young person thinking of coming along, you get to see and do a lot of things you might not get to at home, and it really is zen.

It's been brilliant. We’ve had sun, rain, wind, no wind. We saw seals, porpoises, and even a big scary submarine. The young people were excited to see a bit of nature and what’s around the Clyde, and to switch off and have a fun time sailing.

They taught me to use a water pistol better, and how to make the most of the resources you have, in the baking competition specifically. We made our sea out of a jar of strawberry jam. It’s just brilliant.