A 19-year-old charity cyclist has conquered his challenge of riding almost 500 miles from Largs, Scotland to East Cowes, Isle of Wight, only three years after receiving a stem cell transplant to treat Hodgkin lymphoma.

Nicholas Earley, who was first treated for cancer in 2017 and relapsed the following year, achieved the epic feat with his older brother Matthew, with the pair arriving on the Isle of Wight on Friday (3 September), just six days after departing the west coast of Scotland. The brothers were fundraising for the Ellen MacArthur Cancer Trust, the Piam Brown Ward - the Wessex Children's Cancer Unit at University Hospital Southampton - and Teenage Cancer Trust, who all supported Nicholas during and after his treatment. So far, they have raised almost £4,400, smashing their £3,000 target.

Nicholas, who is from the Isle of Wight, sailed with the Trust in 2017 before his relapse and came up with the idea of riding between the Trust’s two bases, in Largs Yacht Haven and East Cowes Marina, while in hospital.

"I got a bit of confidence back."

He said: “That first sailing trip was amazing, I got a bit of confidence back, it was a good fun week in and around the Solent. I just wanted to give back to some of the charities that have helped me, including the Trust, and it seemed like the best option to go from one Trust base to the other. My brother agreed and that’s how we got here.

“The best bit of the ride was probably the Lake District, going up an hour-long climb and an hour descent, it was good views! But the worst bit was the drive up to Largs; it took almost longer than the cycle back!

“There’s been a few funny bits too, all the laughs me and Matthew have had between us all the way. Whenever there was a hill or a challenge, we just made it funny, trying to take the dampener off the whole scenario. Also having music in one ear, just to help us get through it, and obviously everywhere was new too, so that kept us going.” 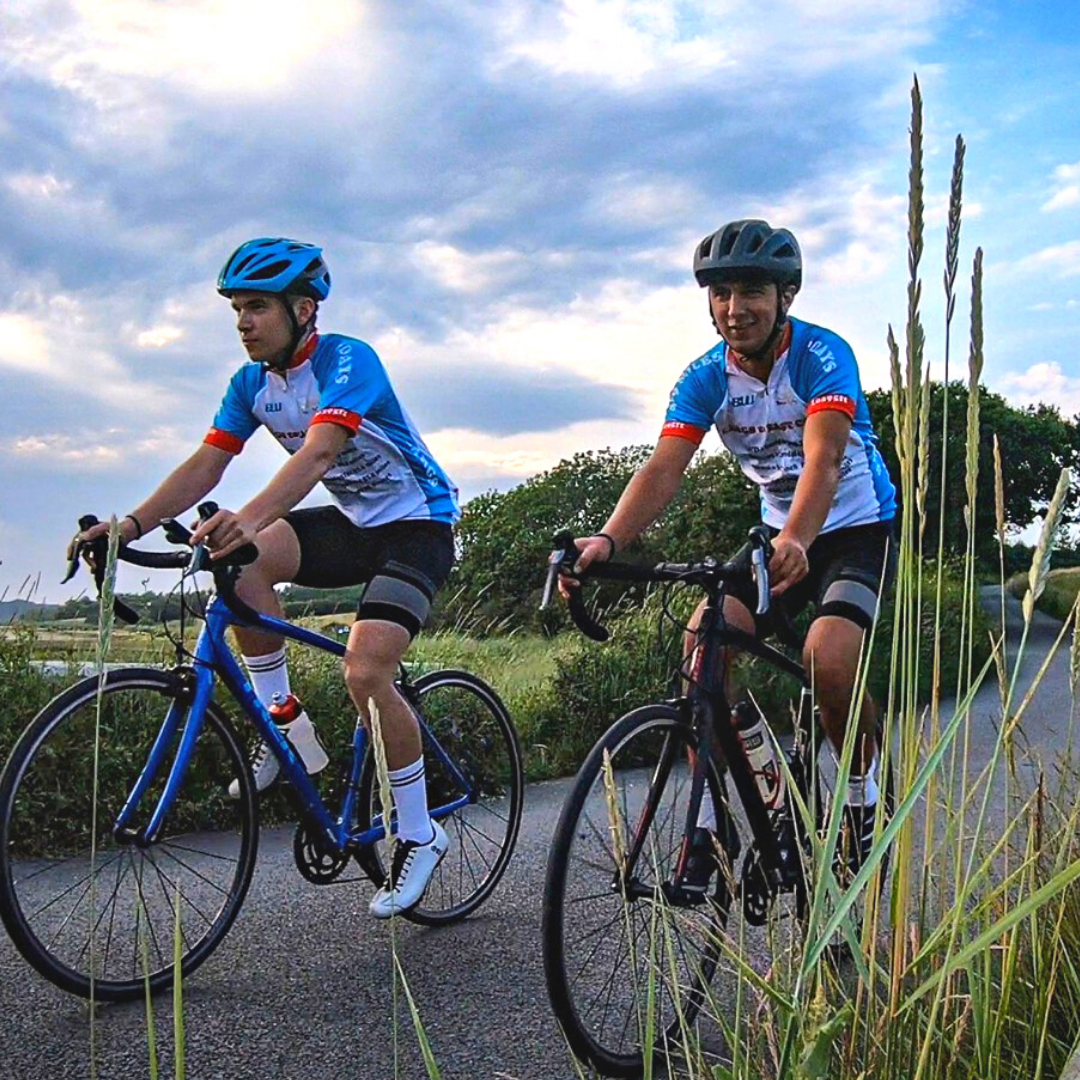 Nicholas and Matthew enjoyed an emotional ‘homecoming’ as the Ellen MacArthur Cancer Trust put out the bunting and hosted around 30 of the brothers’ family, friends and supporters, who gathered outdoors at East Cowes Marina to welcome them back on Friday.

When treatment ends the Trust’s work begins because for many young people simply picking up where they left off before their diagnosis just isn’t possible.

This summer, the Trust has supported almost 350 young people from across the UK to get #BackOnBoard enjoying sailing and outdoor adventure again after the pandemic put paid all the Trust’s in-person activities in 2020.

Because of the Trust, young people experience improved mental wellbeing, by gaining a new sense of purpose and self-worth, rediscovering their independence, and feeling optimism for the future. Most importantly, they stop feeling like ‘the only one’.

To celebrate Nicholas’ achievements, you can still donate to his Just Giving page here - Largs To East Cowes 2021 - or go to or ellenmacarthurcancertrust.org to find out more about the Ellen MacArthur Cancer Trust.