More young people will be supported in rebuilding their lives after cancer thanks to a new £450,000 award from players of People’s Postcode Lottery – an award that celebrates a 10-year funding partnership between the two.

Since 2010, players of people’s Postcode Lottery have awarded more than £2,825,818 to support, inspire and empower young people aged 8-24 to embrace their future with optimism after cancer through sailing and other UK-wide adventure activities with Ellen MacArthur Cancer Trust.

In this time, Ellen MacArthur Cancer Trust has become a national charity, working with every young person’s principal treatment centre, and a growing number of designated units, in the UK. Last year, 649 young people from across the UK were supported in their recovery from cancer by the Trust.

Frank Fletcher, CEO, said: “The support of players of People’s Postcode Lottery is crucial to so many young people in directly helping them rebuild their lives after cancer.

“For many young people, picking up from where they left off before cancer just isn’t possible. That’s why, when treatment ends our work begins. This new award will ensure even more young people who need support in recovery will be able to rebuild their confidence and start to feel positive about their future again. We cannot thank players enough.”

The difference a decade makes thanks to players of People’s Postcode Lottery.

It was support of players, which in 2013, enabled double the number of young people to be supported by funding the expansion of the Trust’s operations from Cowes on the Isle of Wight to opening another base in Largs on Scotland’s West Coast. 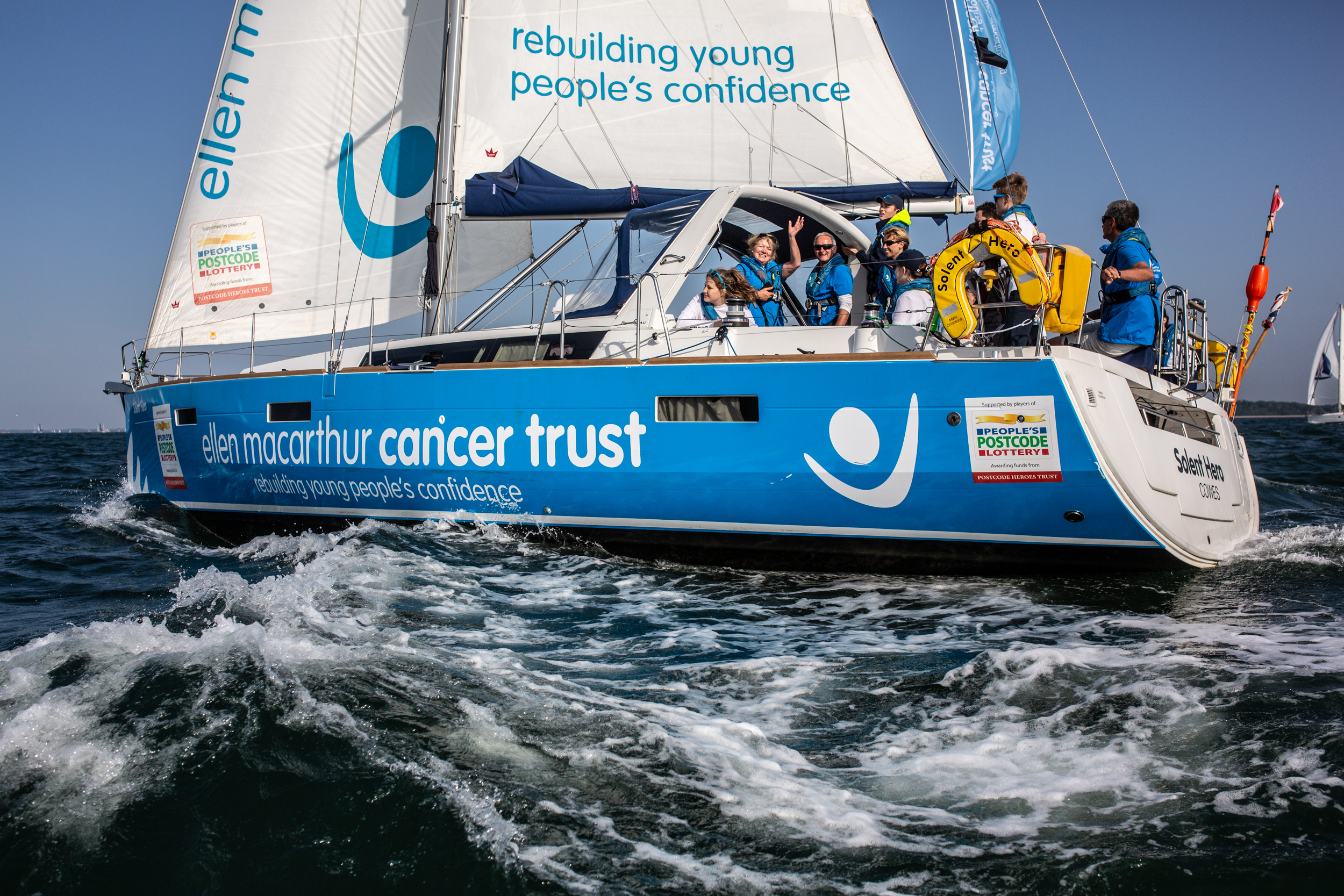 In addition, the Trust supports a number of young people who have been treated for brain tumours and sarcomas, which can affect their coordination, balance or result in an amputation. Again, thanks to players, the Trust was able to invest in two specially-adapted yachts – one in Cowes and one in Largs – which improve accessibility and the trip experience for those with mobility issues. Since 2018, siblings of young people who have sailed with the Trust after cancer, have also been supported, as they too can be badly affected by the long-term illness of their brother or sister.

Frank added: “The ongoing support from players of People’s Postcode Lottery is vital in helping every young person in recovery from cancer be aware of the opportunities the Trust offers, so we can continue to positively impact the lives of more young people. Together we are now able to reach more young people and help them re-engage with life after treatment. We simply could not do this without the players.”

To help young people rebuild their lives after cancer, sign up to play People’s Postcode Lottery.