Nessie sails away with national prize ahead of next Trust trip 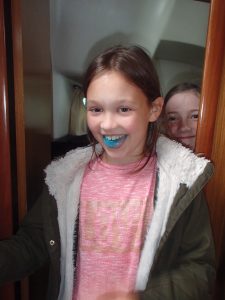 There was awesome news in June as one of our young people, 11-year-old Vanessa (Nessie) Hutchison from East Sussex, was a runner-up in a national competition to help her progress her love for sailing!

The Panerai Challenger Trophy is an initiative between Italian watchmaker, Panerai, and sailing’s national governing body, the RYA, that recognises outstanding young people aged 8-18 who have embraced the power of sailing or windsurfing to achieve a personal triumph.

As one of just four finalists from across the UK, Vanessa won £2,500 to help towards her sailing ambitions, whilst her club, Crawley Mariners Yacht Club (CMYC) in West Sussex also won £5,000 to extend their changing and shower facilities to support the youngsters taking part in their popular Saturday Club.

Nessie got into sailing after being treated for a rare type of soft tissue cancer as a toddler. She first sailed with the Trust in 2017, and having returned to a South Coast Cruising trip last year, next week she joins us at Outdoor Adventure in Cornwall. We caught up with her mum, Lynnie, to find out how sailing has transformed Nessie’s life. 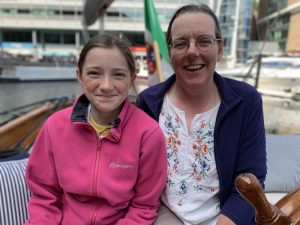 Congratulations Lynnie! Was Vanessa shocked at being a finalist?

When she heard she asked if she could use the prize money to get some sailing gloves. I explained it would fund a bit more than that!

The boat she uses, a Topper dinghy, is very old so she is going to get a good secondhand boat, a new sail, a dry suit and, of course, some sailing gloves.

Nessie’s treatment left her very weak physically so initially she had to regain her strength and rebuild her ability to walk, first short distances in hospital and then further to get her stamina back. Sailing was great as she had freedom and challenge and a physical sport without it exhausting her leg muscles and body too much. It also allowed her to make lasting friendships with kids who didn't know what she had been through and just took her for who she was, a youngster having fun sailing.

How did she discover sailing then?

She and her brother, Robert, were with their auntie at a local show where CMYC had a stand with a dinghy. They were given a flyer for an open day and started asking about the old Topper I had sat in a container on our farm for years. We got it out and put it in a field and for weeks they pretended to sail round the world having great adventures.

We went along to the open day and within minutes the kids had lifejackets on and were in the queue to have a go! I couldn’t believe Nessie had left my side without loads of encouragement. We joined to the club straight away.

What impact did that have on her?

Being ill at such a young age, and having to face lots of adults all doing things to her, meant she was not keen to move very far from my lap or my side. As she recovered her strength, sailing helped her confidence grow.

What part have her Trust trips played in this?

I remember watching her after coming back off the train from her first Trust trip; she looked a foot taller, like a different child! She was looking up and confidently around her, not down at her feet or hiding. She was really nervous before; going away from us with strangers, and meeting new people, was a big step for her. But she loved it.

She said being on a big boat at sea was the best thing ever and she was meeting new people and having fun. We saw the change in her; she could look people in the face, didn't hide behind me and was much less wary of people she didn't know. She became a bit cheeky too, like most children would be, but she'd not had the energy or confidence to do that before. 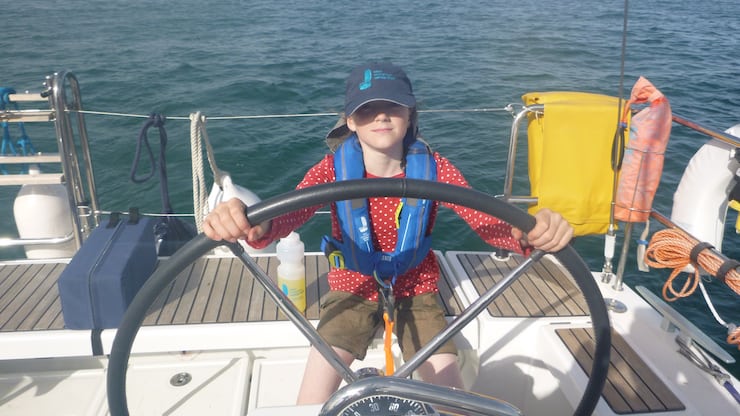 It’s knowing there are many types of cancer, that others have been through the same or similar treatments, and they just get it. Nessie felt she could just chat to them about how it was for her and it was a great healer. We can’t thank the Trust enough for giving her the opportunity to explore all that in a safe space.

How has that confidence translated into other areas of her life?

She has not just gained the skill of sailing but the confidence to help the younger children learn to sail, to take responsibility and look after others in a boat, and to go away without us on sailing trips. She has become less timid and her own person at school and Guides, speaking out and standing up for others in difficult situations and being independent from the crowd.

Is that why she keeps coming back to the Trust?

She loves sailing, and the freedom of being with others who just get it. She likes the big yachts in particular, although she does like to be able to see some land in the distance! She wanted to go to Outdoor Adventure to do body boarding and coasteering in Cornwall, things she has not done before and would like to try.

Good luck with the sailing Nessie, keep us posted on how you’re getting on ☺