It’s been 17 years since the Trust first set sail – what are the young people who have been on trips up to now?

Our 'My Life Now' series shows a positive future after cancer is a reality. Often the Trust helps inspire young people to take the first step towards achieving their dreams. This month George Paxford shares his empowering story. 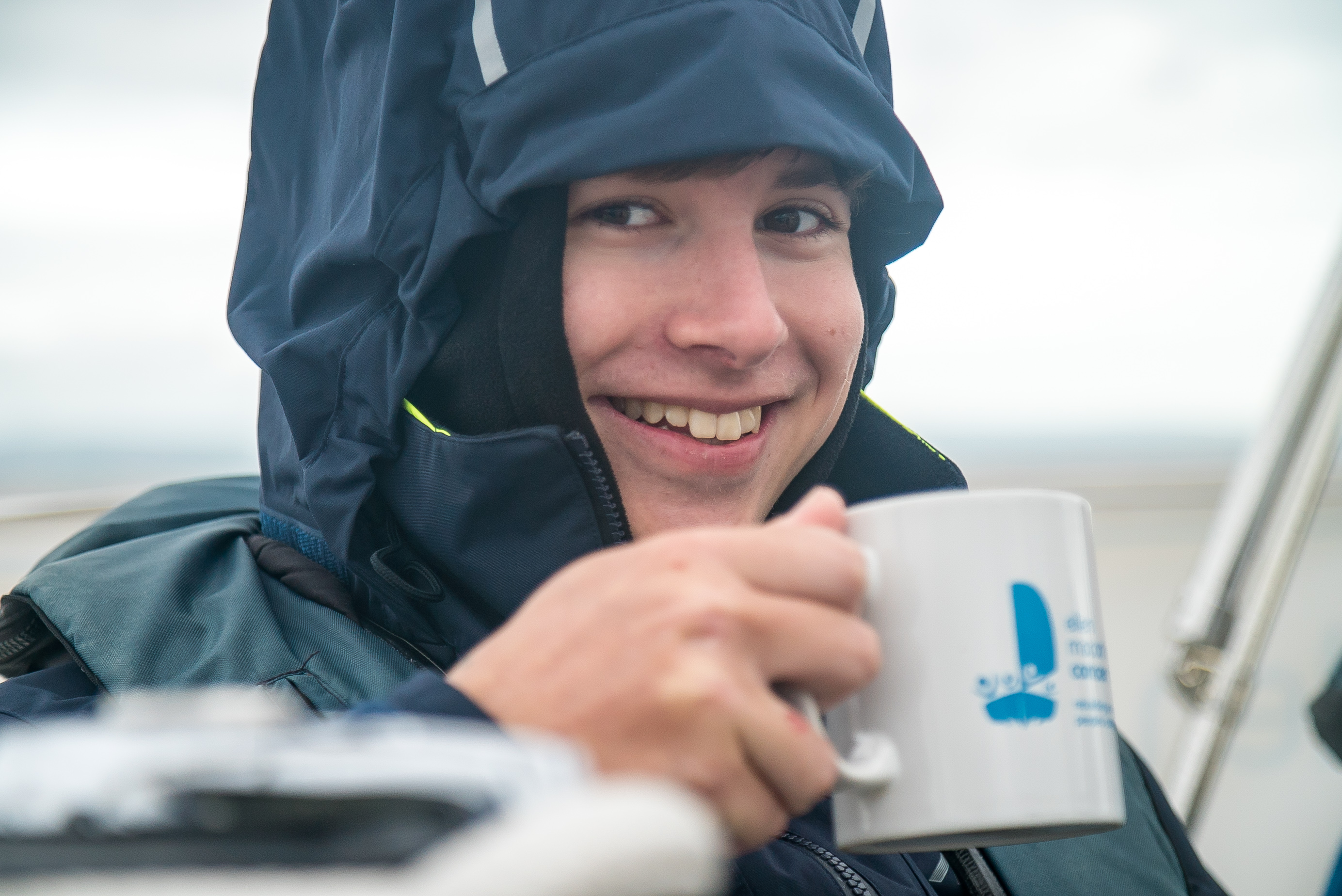 Diagnosis/year Bone cancer (osteosarcoma) in his left leg twice. First diagnosed aged nine in 2006, his cancer returned in 2018. That time he required an above knee amputation.

When you first sailed with the Trust? 2009

What you do now? I’m a second year Biomedical Science student at the University of Birmingham and a competitive dinghy sailor. Last year, in my first season of racing, I finished third at the National Championships and won another event.

Explain what that means?

I’m a member of my University sailing club, which has been loaned a specially adapted dinghy so I can train and race competitively during term time. When I’m at home I’m a member of Whitefrairs Sailability, which has the facilities, support, and boats that can enable disabled people to sail. Whitefrairs is part of the national RYA Sailability programme enabling people with disabilities to try sailing and take part regularly.

Why did you do want to do this? 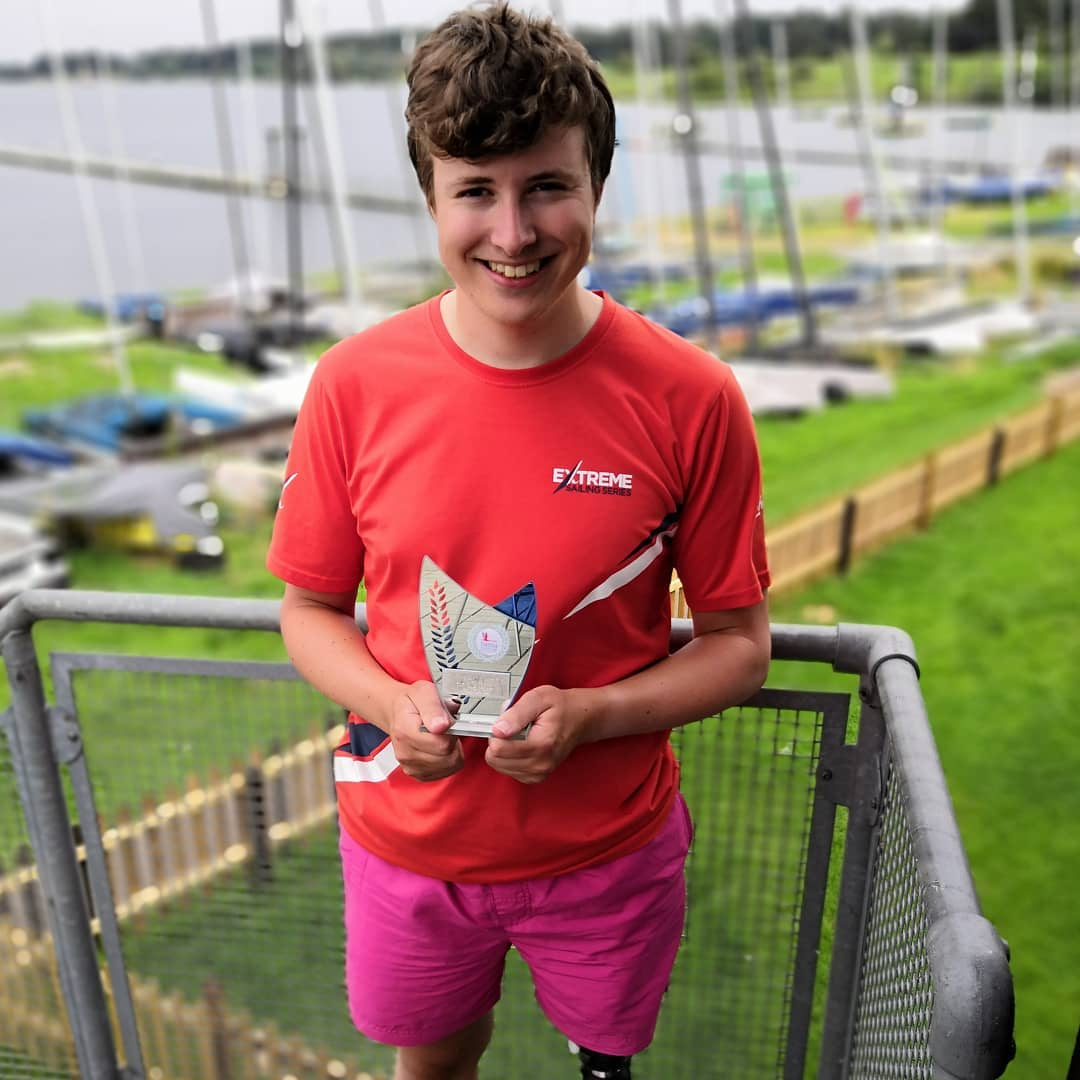 I’d been sailing every year with the Trust, and become a volunteer to support other young people on trips, before I relapsed. This had given me a love of sailing. After my amputation I lost my independence. I was 21 went from being in my first year of uni to back living with my mum and dad and using a wheelchair. I became introverted, isolated and depressed. I just wanted to be sailing again.

So my mum Googled ‘disability sailing’ and Whitefriars came up as my most local site. To start with I wasn’t sure. I didn’t want to be shoved in a different category, I wanted to be sailing ‘normal’ boats. But I went for a taster and it was just such a nice feeling to be back in a boat again. There wasn’t a vast amount of wind but I was independent of my wheelchair and other people and could do what I wanted to do.

Before long I’d gone from sailing for an hour on Wednesday evening to spending the whole day at the club. Wednesdays became my day free from physio and hospital appointments. The independence and freedom being in a boat gave me was a world away from the dependency I’d had in hospital. It was truly priceless.

That was May last year. By July, and with my new prosthetic leg, I was competing at my first ever event at the RYA Sailability Multiclass Regatta at Weymouth and Portland. In August I won bronze at the Hansa Nationals and then I won the Hansa Trophy Traveller Series event at Burghfield!

The boat I sail, the Hansa 303, is designed so it’s really stable and very unlikely to capsize. It’s got 30kg in the keel to keep it upright. During the recent storms I was out sailing with my university and people were capsizing everywhere. But I was completely dry and sailing about and enjoying myself in the strong breeze!

Why did you need the Trust's support in recovery?

I played a lot of football before my first diagnosis, but afterwards I was frustrated at falling behind my friends, and not being able to play at the same level as before. PE, particularly cross-country, was difficult, and I lost confidence in what I was capable of. With the Trust I had the opportunity to spend a week doing things where I didn’t feel limited in my ability. After spending a lot of time being quite fed up in hospital, it was also nice doing something positive, and floating on the water was therapeutic.

My life had revolved around my health and physio. On the boat I found a new sense of confidence in my own abilities and there was more to life than being in hospital.

What part has the Trust played in you doing what you are now? 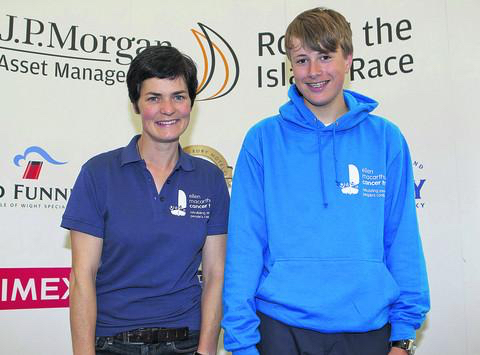 Sailing has been my salvation twice. It boosted my confidence and gave me my independence back when I was younger, and it’s done the same for me again. I love that you can be competitive, but I’m equally happy sailing by myself floating about.

Sailing showed me there was a new sport where you didn’t have to be the strongest and fastest. I enjoyed the team aspect too and the fact that when I was sailing I felt like I was on a level playing field again.

I’m really enjoying myself again, spending time outside and having a lot to look forward to. There’s more to life than just being a label or a condition. Sailing lets you be governed by what you want to do, not what other people tell you you should do. When I’m in a boat it’s all on me. You can’t get more independent than that.

What's your tip for a young person interested in getting into sailing after their trip?

There’s a boat for absolutely everyone. If, like me you need additional support after your treatment, Sailability is fantastic and there are clubs all over the country. The positive impact of Whitefriars Sailability upon my independence and wellbeing cannot be underestimated. I’m very thankful to all involved at the club for their support and encouragement. You can find your nearest Sailability site or sailing club on the RYA website. You don’t need your own boat or any kit to get started; they will have everything you need. I’ve only recently bought my own secondhand boat.