Gruelling 1,000km cycle challenge will enable 61 young people to get their lives back on track after cancer.

Last week eleven core cyclists used their pedal power to ride between the Ellen MacArthur Cancer Trust's base in Largs on Scotland’s West Coast to its headquarters in Cowes on the Isle of Wight.

Setting off on Saturday 4 May the riders endured nine long days saddled to their bikes and tackled over 11,240m climbs to put this in perspective that's nearly two Mount Everests. 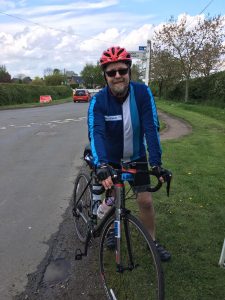 The core riders were joined by up to 10 different riders on each day including Chris Goodacre who wanted to 'thank' the Trust for giving him his daughter back.

He said: " Isabel's confidence has been bolstered enormously by being  involved in the Trust, she is like the old Isabel who didn't carry the weight of two-and-a-half years of treatment."

As well as riding through some of Britain’s most striking scenery the riders stopped to visit young cancer patients and medical staff at hospitals in Nottingham and Oxford, which both have strong Ellen MacArthur Cancer Trust connections.

Tom Roberts was supported by the Trust during his recovery from bone cancer in his teens. Now 26, he joined the riders in Grindleford along with Professor David Walker who treated him. Together they cycled 81.4km stopping at the Queens Medical Centre where he received an emergency operation to remove a tumor from his spine. 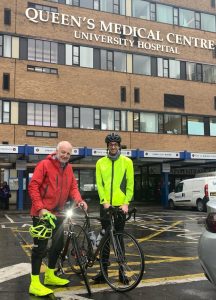 Hearing the stories of the young people was a great giver of energy and the biggest driver as Trust ambassador and core rider Rob da Bank explains:  “I’d like to say it was fun while it lasted, but it was exhausting, wet and cold…

But whatever travails we went through are the tiniest pinprick compared to what the young people we were riding for have either gone through or are still forging ahead with.”

Another of the core riders was Mark Stevens who was supported by the Trust during his recovery from leukaemia, now 12 years on he has been involved ever since returning as a volunteer he was recently appointed to join the Trustees board.

Mark said: “I have seen first-hand the difference the Trust makes to young peoples’ lives, and the confidence it gives them, and I want to give that opportunity to more young people who are suffering from cancer. The Trust massively enhanced my confidence to push myself physically which is why I was determined to take on this challenge."

The riders were physically and mentally exhausted but they powered through and crossed the finish line on Sunday 12 May.

It was an emotional reunion as the riders were welcomed back by their family at the Trust's base in Cowes. Founding patron Ellen MacArthur was there to personally thank the core team.

Ellen commented: "This was a  great adventure for the riders and a wonderful achievement but the most special thing is the difference it will make to so many young people, helping them to transform their lives and look beyond cancer."

More than 2,180 young people in recovery have joined a Trust sailing and outdoor adventure trips since 2003, with a record 649 young people from across the UK being supported to rebuild their confidence in 2018.

Thanks to all the riders,  adventure sport event specialists, GP Sports and all the generous supporters for making the Ellen MacArthur Cancer Trust's Largs to Cowes Charity Cycle such a success.

Many young people's lives will be transformed thanks to the incredible efforts of the core riders. A special thanks to - Martin White, Nigel Maile, Seamus Whyte, Andy Hayles, Rob da Bank, Ludo Bennett-Jones,  Tom Cazalet, Will Leonard as well as our dedicated Trustees Peter Cazalet, Joe Burnie, Mark Stevens.

They smashed their £30,000 target but it's still not too late to show them your support and help even more young people: www.ellenmacarthurcancertrust.org/largs-to-cowes 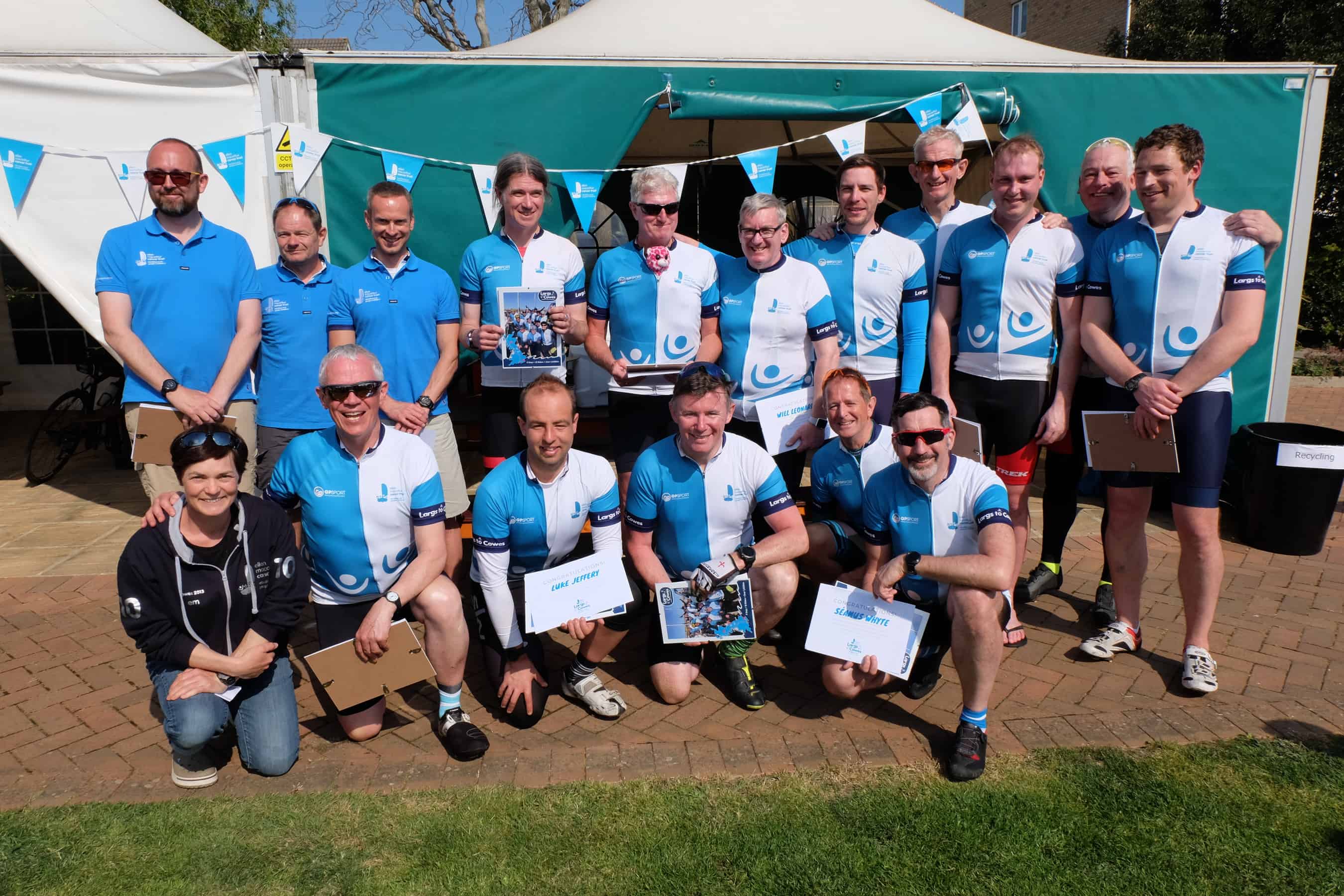