Join our Siblings Trip in August

“Life is so, so difficult for siblings. I sometimes forget how much my younger boys have gone through." 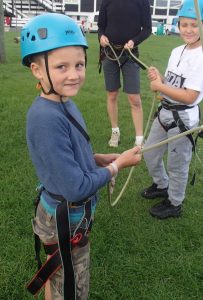 Last year, twins Ashan and Nihal Molligoda joined our first ever pilot trip for siblings after their older brother, Romesh, had sailed with the Trust in recovery from leukaemia.

Mum Stephanie admits she was "moved to tears" as the twins had so much fun and enjoyed getting "some of the limelight."

Now, as the Siblings Trip returns for the second year we would love to hear from any families, whose son or daughter has been on a Trust trip post-treatment and who has a sibling who could benefit from a similar experience.

This summer, the focus is on giving the  13-17 year-olds their chance to spend time, have fun and share experiences with others who have been in their shoes.

The five-day outdoor activity adventure takes place  at Water Park on the shores of Coniston Water in the Lake District from Monday 19 - Friday 23 August, and there are even more chances to get a place this year.

So if you know someone who would love to get involved, let us know by filling out the form below no later than Friday 28 June.

That's why for the first time in 2018, 23 siblings of young people in recovery had their own trip to Essex Outdoors Bradwell, supported by players of People’s Postcode Lottery. 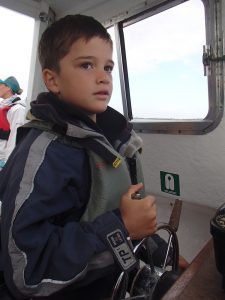 Seeing the impact the Trust had had on Romesh, Stephanie and husband, Rohan, were convinced  the Siblings’ Trip could do the same for their twins. They were right.

Stephanie adds: “They weren’t clinging to each other and using each other as a safety blanket; they did different activities with different groups and that’s indicative of how confident and happy they were feeling. It was properly amazing for them to have that something special of their own."

*Read the Molligoda's full story in the new edition of Inspire :)