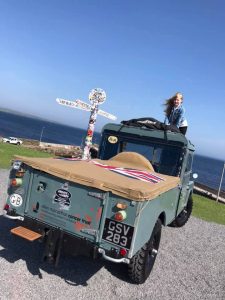 An adventurous dad and daughter duo are driving the length of the UK to raise money for the Trust!

Ben Metcalfe and his seven-year-old daughter, Hope, are attempting to travel over 1,200 miles from John o’ Groats to Land's End in a world-weary 1955 Land Rover.

Having crossed several deserts and been the first Brit to complete the Dakar in Argentina and Peru, Ben knows the trip is nowhere near as physically strenuous as those, but it does come with its own unique sources of stress!

“Those amongst us who have done just a four-hour trip with children in a modern car with maybe a radio, or DVD player, to distract from the ‘are we there?’ – think back.

“12 days, between three and eight hours per day, no radio, no air con, child doing the navigation without assistance. Surely now you do nothing more than consider this an endurance test of one of the highest types. 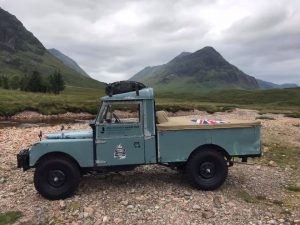 “I think the Dakar will be a walk in the park by comparison. Even on that you get a rest day!”

Ben wanted to raise money to support young people in recovery after being invited to the Trust's BT Tower breakfast event earlier this year. He also works with Gemma Foster, who first sailed with the Trust in 2005 and has returned to sail and volunteered on many trips since.

“I was just inspired and energised by the sheer positivity of every person in the charity, whether that be an employee, volunteer, or indeed even a recipient of the amazing Ellen MacArthur Cancer Trust. The passion is infectious." 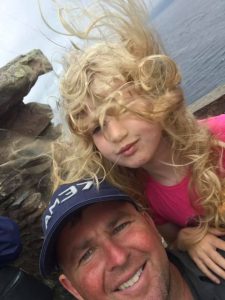 While it may not always be the smoothest journey – “Our vehicle is not built for distance of any sort!” – we have all the faith in the world both Ben and Hope will have a fantastic time together. Follow their journey on LandauUK's Twitter feed!

You can support Ben and Hope here - Daddy & Hope's John O'Groats to Land's End Challenge - thank you so much and good luck!