Record-breaking round the world yachtswoman, Dame Ellen MacArthur, told stories from the sea and explained why she launched a charity to support young people in recovery from cancer as almost 60 Rotarians from across Birmingham and the West Midlands joined a special ‘Evening With…’ Q&A Zoom event.

The Ellen MacArthur Cancer Trust is a national charity that empowers young people aged 8-24 to embrace their future after cancer through sailing and outdoor adventure and is currently Rotary Heart of England’s Charity of the Year. The Heart of England District covers Birmingham and the West Midlands, including parts of Warwickshire, Worcestershire and Staffordshire. 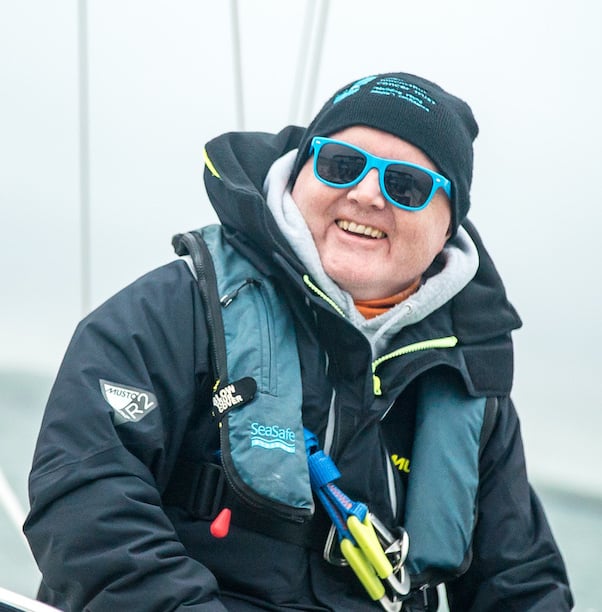 Its District Governor, Tim Bushell, chose to support the Trust after meeting Dr Dave Hobin, a Consultant Paediatric Oncologist at Birmingham’s Children’s Hospital and the Trust’s Medical Advisor, and hearing about the impact the Trust has on so many young people from the Heart of England and who are treated at Birmingham.

The guests asked Ellen, who became the fastest person to sail round the world non-stop single-handed in 2005, questions about her historic sailing achievements. But it was her inspiring work in founding the Trust that really captured the imagination.

Ellen explained how ahead of her first Vendée Globe race in 2000 she went sailing with and met young people with cancer from the French charity, A Chacun Son Cap. She was so inspired she knew she had to set up something for young people with cancer in the UK. That epiphany came when, in 60ft waves in the isolation of the Southern Ocean, she was trying to free a sail whilst clinging on halfway up her boat’s 80ft mast.

Ellen said: “It was like hanging on to a telegraph pole during an earthquake. I spent a significant period of time slamming into the mast. And when that was happening, it wasn’t my family I thought about, it was those young people that came back into my mind. I had to get back for them because they were unbelievable and had an extraordinary passion for life. There was nothing like that in this country, which is why we set up the Ellen MacArthur Cancer Trust.

“The Trust is a very, very special organisation that works with even more special young people, not just once but for as long as they need us. There’s an amazing atmosphere on the trips. At the start of their first trip, it’s often the first time a young person has been away from their parents since treatment. It’s a big step for them and their parents. They are often quiet and not sure what to expect.

“At the end of the trip you wouldn’t recognise them. We get parents say to us ‘Thank you for giving us our son or daughter back’ because it has a really profound effect. Thank you Rotary, we really appreciate your time and support for these young people.”

Watch the full 'Evening with Ellen'