Dr Dave Hobin – Consultant Paediatric Oncologist at Birmingham’s Children Hospital – has been appointed the Ellen MacArthur Cancer Trust’s new Chair of the Board of Trustees. 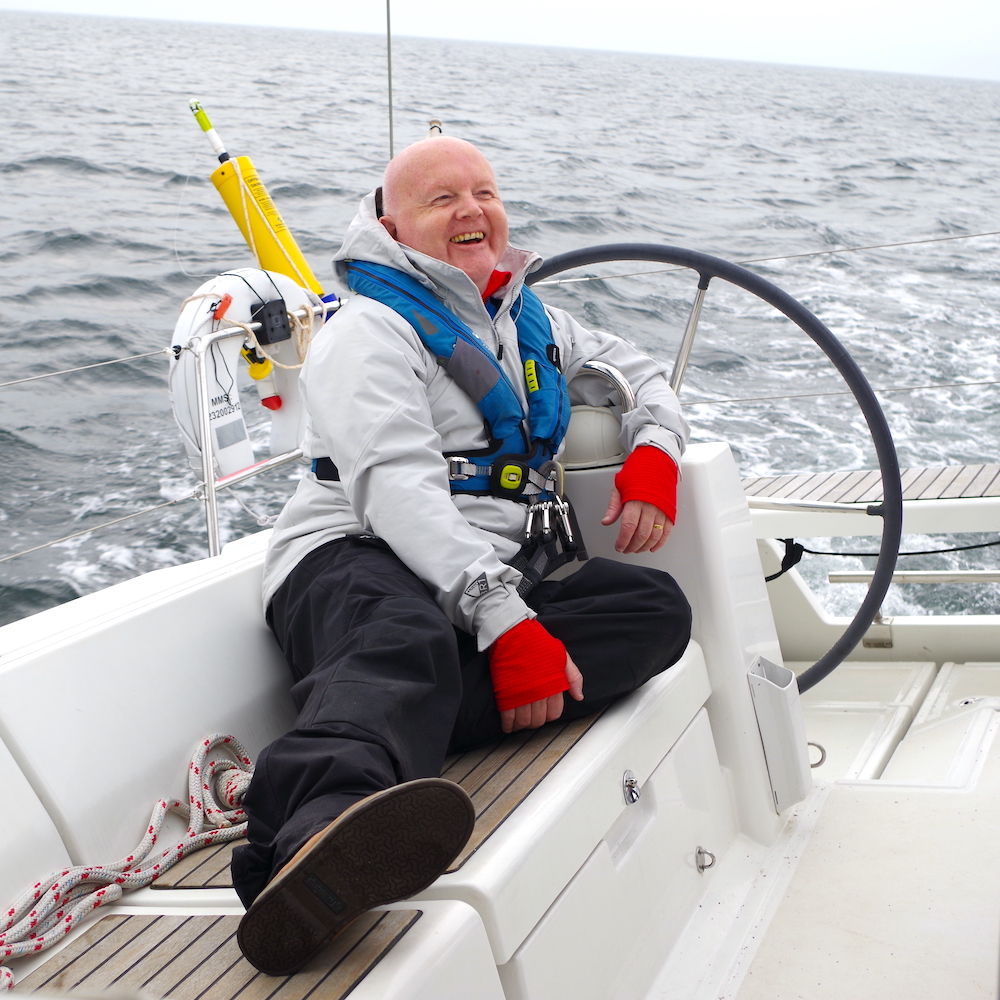 Dr Dave, who many young people will know from their sailing trips, succeeds Richard Butcher, who has retired as a Trustee after holding the position of Chair for the past four years. Richard was originally been appointed as the Trustee with legal skills in 2004.

Dave has been involved with the Trust since 2007 after first discovering the charity at the London Boat Show a year before. A keen sailor, he got young people from the Midlands involved as the Trust evolved as a national charity.

He could use his skills as a medic and sailor to accompany young people from Birmingham’s Children Hospital to go sailing with the Trust and has volunteered ever since. He also took on responsibilities as the Trust's medical advisor before becoming a Trustee in 2012.

Dave said: “I feel hugely privileged to have the opportunity to work with a great organisation and a great team, as the Trust has gone from strength-to-strength over the past decade.

“Increasing numbers of young people from across the UK have benefitted from Trust support. This has included expanding the Trust’s activities to include the over 18 teenage and young adult cancer population, often seen as 'the forgotten tribe', and introducing activities like canal boating for young people who need more or a different support.”

Cancer treatment can have a significant impact on a young person’s mental, emotional, physical and/or social wellbeing. For many young people, picking up where they left off before their diagnosis isn’t possible. So, when treatment ends, the Trust’s work begins.

Dave has seen the impact that spending time in a safe, supportive environment with others who have been through similar can have in helping young people take the next steps towards re-establishing their place in the world.

He highlighted a frank discussion on fertility and sperm banking on his trip this summer as an example of how young people feel comfortable being open and honest about the things that really matter to them.

Looking ahead, he added: “Keeping young people at the centre of all we do is key. I’d like us to continue to grow, while acknowledging this will be challenging in the context of the pandemic and the economic landscape, to see us reach more young people and be fully representative of and accessible to all young people who have a cancer diagnosis in the UK.”

Dr Dave talks about the impact of the Trust

"The transformation over four days was incredible"

For outgoing Chair, Richard, the Trust has left some indelible memories, not least volunteering on his first-four day trip with young people from University College Hospital, London. 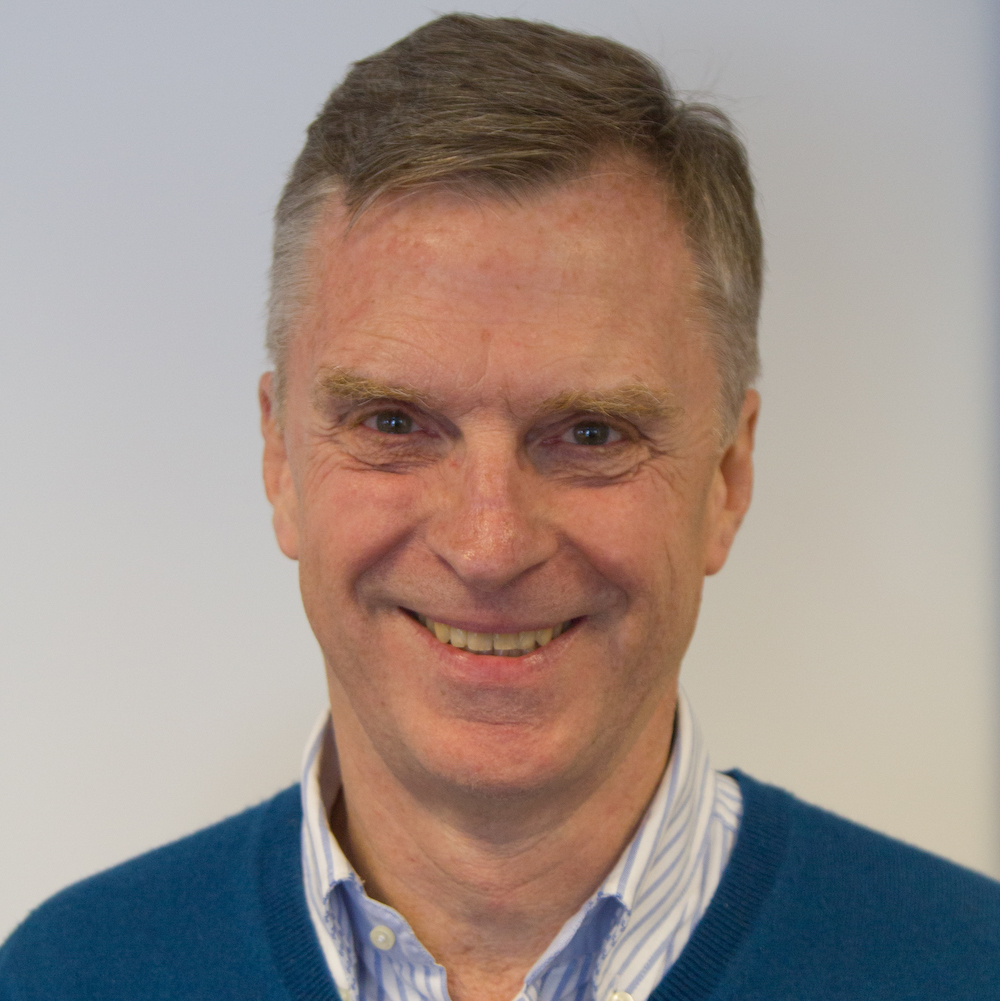 "I was surprised at feeling a trifle nervous as I met the group beneath the clock at Waterloo station to accompany them to Cowes," admits Richard. "I had assumed they would know each other but that was not so due to being in and out for treatment. Most of them were reluctant to chat and were glued to their phones whilst we travelled to Cowes.

"On the first evening, we held a crab-catching event off the pontoon. To encourage chatting, I split my group in two to see which could collect the most crabs, which are always put back into the water once caught, and to name each one. One crab was missing its right-hand legs and a young person suggested naming her 'Eileen', which became one of those tiny things I will always remember!

"The transformation over the following four days was utterly amazing and the evening we played Uno and other games was one of the best of my entire life. The group I escorted back to Waterloo never stopped laughing and smiling. They swapped their contact details and had each made some new good friends. I felt humble and proud."

“When I became a Trustee, the Trust had no employees, premises or boats. Since then, the charity has expanded in a huge way, with 18 full-time staff, bases on the Isle of Wight and in Scotland and owns three yachts. This is an extraordinary achievement. It makes me very proud seeing videos of young people showing the significant benefit resulting from the help the Trust has been able to provide.”

Frank Fletcher, CEO, added: “The Trust is indebted to Richard for his incredible input and support over the past 17 years. He deserves all the thanks and congratulations he is receiving on his retirement.

“Being an integral part of the Trust, both as a Trustee and as our medical advisor, for so long Dave is a natural successor as Chair and his election underlines our commitment to putting young people at heart of everything we do. I’m looking forward to working together as we keep striving towards our ambition to inspire every young person living through and beyond cancer to believe in a brighter future.”