BLOG: There is no rule book on mental health and cancer

Mental health first aider Susie Shaw notices the connections between cancer and mental health, and says we should be proud of speaking up about what's on our minds 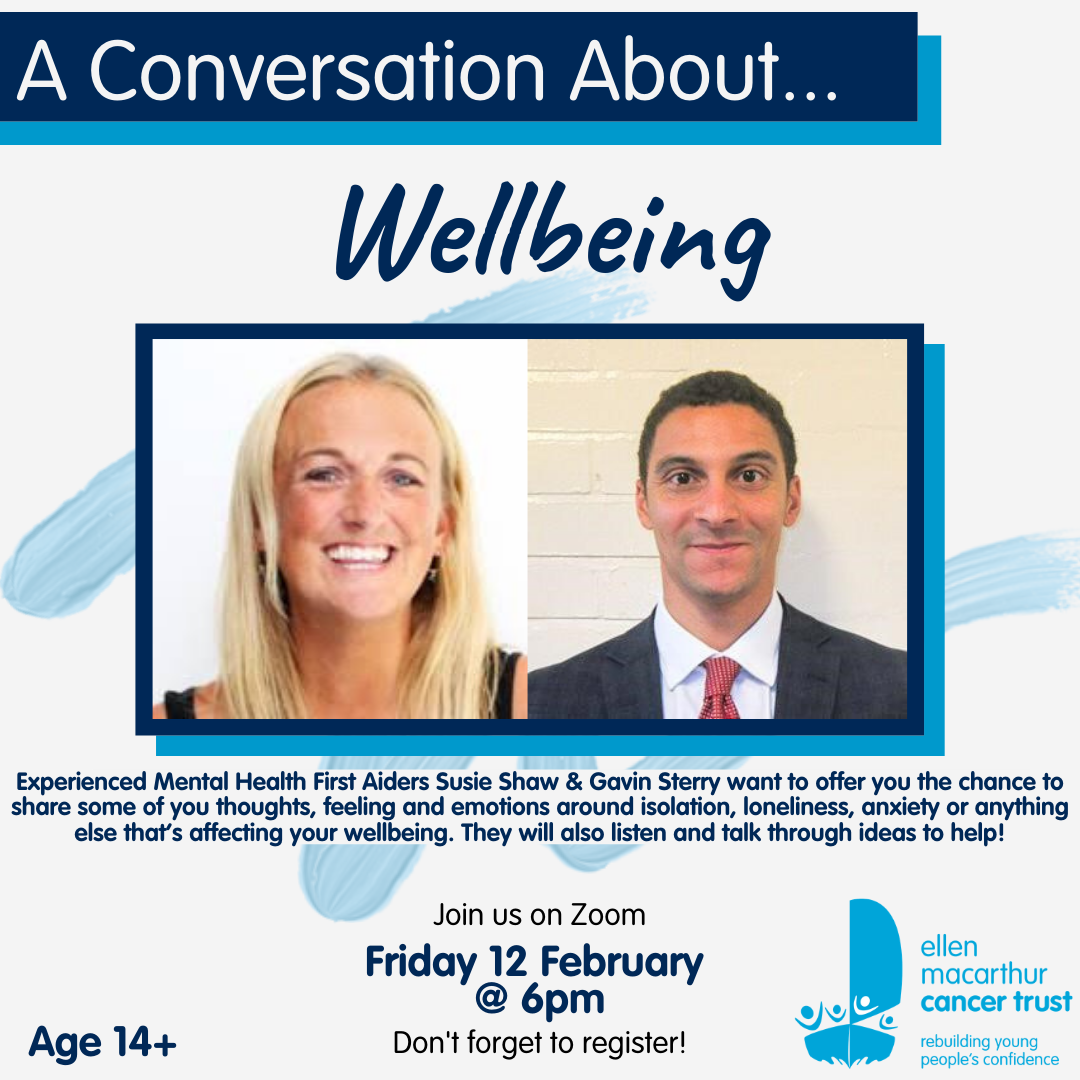 Susie Shaw is a mental health first aider and good friend of the Trust. She's spent the last 25 years in the NHS and charity sector, a lot of which involved working with young people with cancer and their families. When she was a Teenage Cancer Trust Youth Support Coordinator, much of her role was about supporting the mental health of young people as they went through their cancer experience.

She told us about the similarities between cancer and mental health, and just how vital it is we are kind to ourselves. Susie will also be joining our next Conversation About... session with fellow mental health first aider Gavin Sterry, where they will both talk through ideas to help with feelings of isolation, anxiety, and taking care of your wellbeing. Sign up HERE to join them on Friday 12 February at 6 pm and read Susie's thoughts on mental health and cancer below.

"It’s a really important thing that we do to talk about mental health. I think for many years, we didn't have the label of mental health. We're very much in a new generation, a new world, where people are starting to say the words mental health out loud.

"Even back then, I knew I came from a world of, actually, let's be truthful, let's say the real words. If we say the real words, we're not hiding things, people can learn and people can feel comfortable. People shouldn't be ashamed if they have cancer, it's something real, it's happening, in very much the same way with mental health. We all have mental health, and we should be loud and proud to talk about our mental health and to say it out loud.

"We're very much a part of this movement now of talking about mental health and accepting it. Mental health in young people, it's huge, its massive, it's a time where hormones are going off all over the place.

"We live in a world now where social media is putting a lot of pressure on body image and how we look. We don't want to be burdens to our families, we're growing in independence and all these things are just happening, for every adolescent in the world.

"It's hard work being an adolescent, and you then throw a diagnosis of cancer in there. It just makes all of those things ten times bigger, a lot harder to deal with. I spent my whole career saying to young people, when I first met them at diagnosis, there isn't a rulebook on cancer. Everyone's cancer experience is going to be different and that is okay, you own it. You own the way that you are going to deal with this.

Just keep talking about it

"Again, be proud of it. Some days there'll be bad days and rubbish days, and other days you’ll take on the world and you'll be amazing. Every single day is okay because it's yours and you own it. I put that exactly the same with mental health.

"And we need to be saying it's okay. It's all right. It's yours, you own it, and go with it. It's gonna be a crazy journey as you go on it. But there will be brilliant people around who will support you. And it's okay, just keep talking about it."

Don't forget you can join Susie and Gavin for A Conversation About... Wellbeing on Friday 12 February at 6 pm - reserve your spot here.