BLOG: Lewis is determined to take on the world

Currently taking part in BBC Children in Need's Rickshaw Challenge, Lewis shares his story about being diagnosed with osteosarcoma, his amputation, and feeling ready to take the world on. 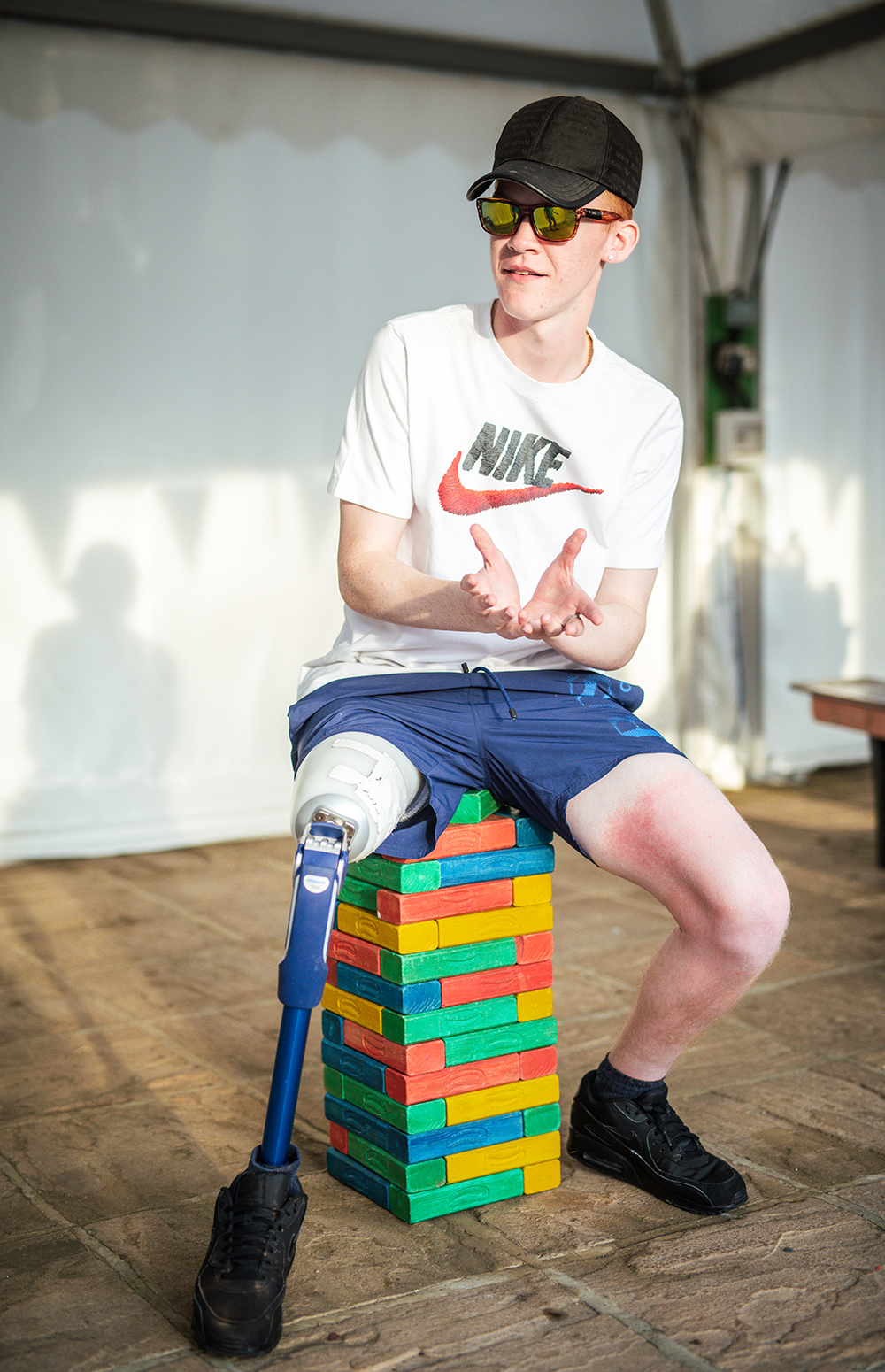 I was diagnosed as if it was a sporting injury. A lump under my knee because I was into physical sports, playing rugby and full contact football at the time. I had numerous amounts of doctors appointments because of the lump, went to A&E several times and I was told the same thing.

Eventually my knee started locking into place which caused me to fall from the top of a flight of stairs in school straight to the bottom. By that time, my GP had given up. He sent me for an emergency MRI scan, three years on from discovering the lump. I was only supposed to be in there for 25 minutes. I was in there for just under 2 hours. I had a cannula stuck in both of my hands, and the radiographer said he’d never seen a scan like it. So then you're thinking this is something bigger than we were initially told. Then I was diagnosed with osteosarcoma. I didn’t have a clue what that was.

I understood the word cancer and I understood what it meant, but being in that situation, I didn’t want to believe what was going on around me. So I kind of shut off and shut everyone out until I felt ready to take on board what that word actually meant.

The best decision I'll ever have to make

I had numerous rounds of chemotherapy, which I was told had completely failed. Instead of killing the tumour and taking the cancer away, it had helped it spread from the base of my knee to the top of my ankle. The only way of me being able to survive was to have my leg amputated from above the knee. Which I can say was the best decision I’ll ever have to make in my life, and obviously the biggest decision at the age of 15.

Looking back on it now, there are questions you feel as though you should’ve asked, but you don’t know what at the time. I felt cheeky asking certain questions, so I closed them away and let my mum do the talking. I was just sat there quiet and smiling the whole way through because it’s hard knowing what to ask. Going to a GP, you feel as if they’re gonna know everything that’s going on, but they don’t with certain cancers because of how rare certain ones are.

This is who I am

Being an above knee amputee myself I was scared about going on a Trust trip at first knowing that I’d have to get on a boat. My youth support coordinator from Teenage Cancer Trust helped ease my mind to the point where I agreed to go. On the way down my head was all over the place, I don’t know whether I was scared or anxious, I couldn’t describe how I felt. But that first step on board, it was freedom.

Initially I was thinking, I’m gonna fall in, but it was perfectly fine, I had help from the Skipper on my boat. It is an amazing experience to be able to sit on a boat because, initially, you have your leg amputated and you think there’s so much you're not going to be able to do. But having that determination really does help. Knowing now that I can get on a boat perfectly fine has helped me take on each day as it comes, I take days to their full advantage.

So now I’m currently playing more sports than I thought I’d be able to as an amputee, like amputee football, and I’m also helping train towards being a Team GB athlete in sprinting. A lot of what I’m doing now is help from the Trust itself because they’ve helped me build up to be the person I am now. Before, I was determined to cross certain things as they came, but now I’m determined to take the world on. This is who I am now and this is how it’s gonna stay.