BLOG: "I thought we might have to take things slowly. I was wrong!"

Musto, our technical clothing partners, have kitted out our young people since the Trust launched in 2003, and one of the brilliant things about the partnership is members of the Musto team can join a trip for a day during the season.

This summer, Sarah Read, a 25-year-old designer and developer for Special Projects at Musto, came sailing during two Trust trips. She’s written this brilliant blog about her experiences ☺

“I first became aware of the Trust about five years ago when I saw the boats sailing in the Solent. After joining Musto earlier this year, I was able to learn more about what the Trust does and I was keen to experience it for myself!

“As someone who already loves sailing, I was excited to see the impact the trips would have on the young people the charity supports and learn how I could help. I really wasn’t sure what to expect. 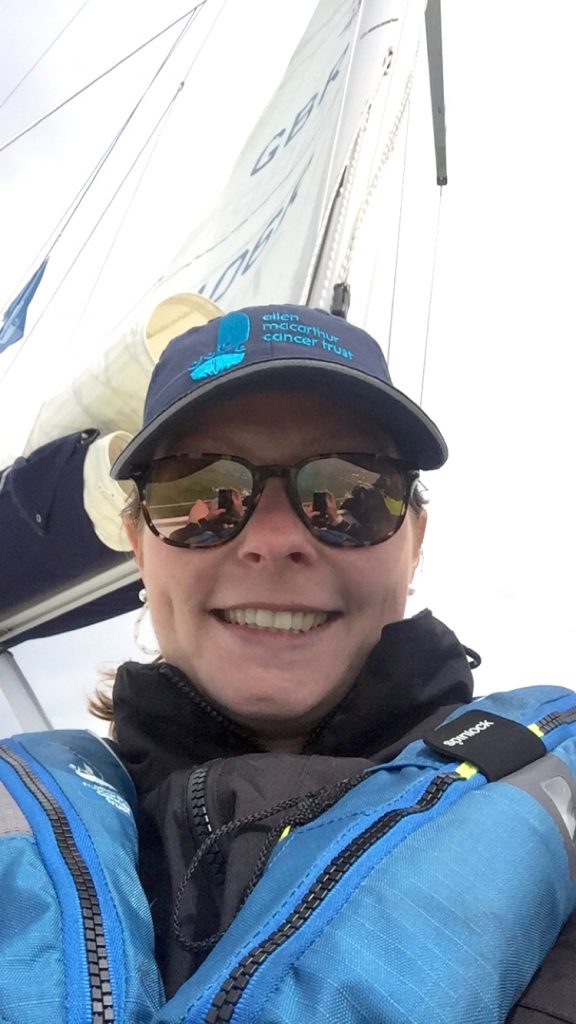 "I knew the Trust supported a wide age-range, so based on my previous experiences taking friends out sailing for the first time, I thought we might have to take things quite slowly and not get too much sailing done.

"I was wrong; despite relatively strong winds it wasn’t long till we were out!

“Given that the young people only arrived on the boats the night before, I was amazed at how confident they were around the boat and how well they had all jelled as a group.

"There was a brilliant buzz of excitement amongst the group, as everyone was getting ready to head out sailing in the Solent.

“On my first trip we had three 11 and 12-year-old-girls and the second trip we had six 15 to 17-year-old guys. Needless to say there were some clear differences between these two groups. Yet I witnessed the same joy and excitement when we got the sails up.

"We were also lucky to have brilliant weather on both of the trips, sunshine and 15-20 knots. There were great group dynamics on the boats. All the young people got involved and worked really well together as a team.

“On both trips there were individuals who were initially less confident to steer the boat or operate the winches. However, with the guidance and encouragement from the skippers and first mates they got fully involved. It was so special to see the joy and sense of the achievement the individuals experience when taking on these new challenges and surprising themselves with what they were capable of.

“As part of my role at Musto, I am developing Musto T-Shirt competition tee for next year’s trips. On my first trip it was great to see the girls coming up with their competition entries and discussing their first experience of sailing. I was excited to see the young people so creative and enthused to come up with the next year’s design. 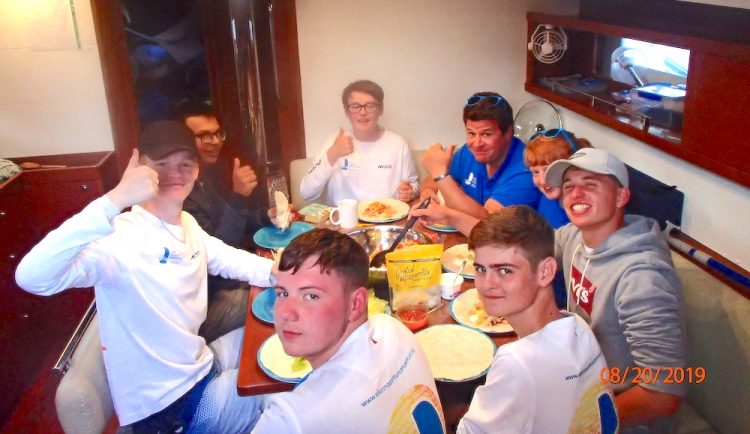 “There was also some healthy rivalry between the young people on different boats for some of the other competitions they had, such as a baking competition. It was nice that when they were back in harbour, they were able to all get together as a big group again to discuss their experiences from the day.

“A highlight of all Trust trips is when the young people, staff and volunteers do their Best Bit, Worst Bit and Funniest Bit. My best bit was seeing what the young people got out of the trip and the new friendships they were forming with each other.

"My worst bit was having to going home at the end of the day, knowing the rest of the group were going to continue their adventure round the Solent for another couple of days. My funniest moment was probably watching a couple of the guys on my second trip have a competition to fit the most grapes in their mouths!

“The Trust offers an extraordinary experience for young people who have had such an unfair start to life. All the staff and volunteers are incredibly passionate about their role in the charity and their sole focus is on ensuring the young people are safe, build their confidence and generally have an awesome time! I really loved both my experiences with the Trust and am keen to try to volunteer on a full trip next year.”