BLOG: How Sarah took ownership of her changed body image

Almost ten years on since she was diagnosed with osteosarcoma and had her leg amputated, Sarah’s relationship with her body is the best it’s ever been. Instead of covering up her prosthesis, she now ‘gets the metal out’, which she says is one of the best choices she’s made.

Since losing her leg, she’s modelled for Vogue Italia and River Island, gone sky diving, and gives talks to school pupils and other young people about her cancer experience. In the new year, she’ll take part in one of the Trust’s Conversation About… sessions focusing on body image. She recently spoke with the Trust on our Sound Waves podcast about her journey. 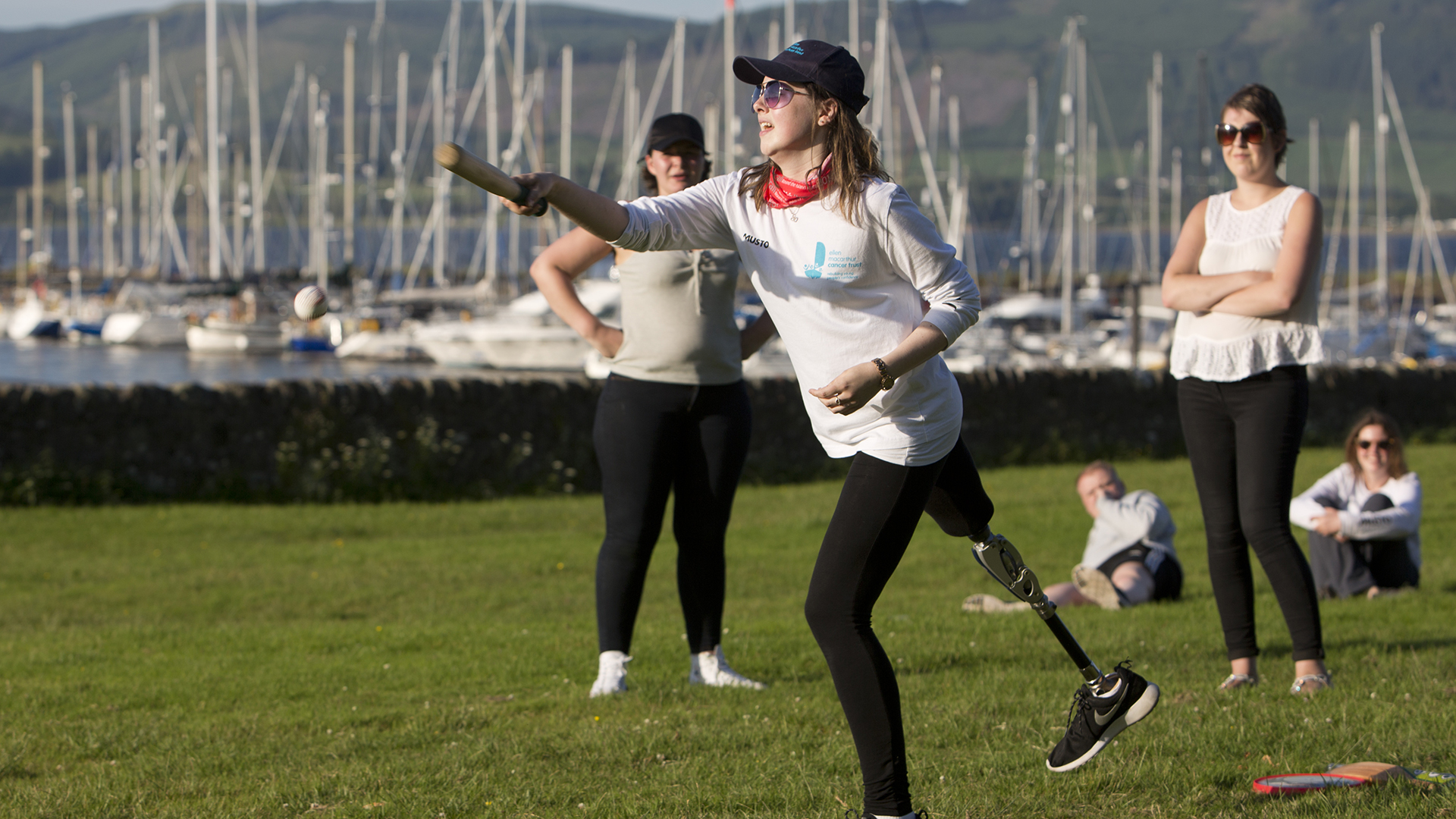 I think body image is massive, especially at the moment. With Instagram and Facebook, there's a lot of expectations. However, I do think it's changing a bit; for example, the whole filter thing on Instagram. I think people are cutting back on that and going more natural, which is a good thing.

But in relation to cancer, body image is massive. With any type of cancer you have, your body image is affected in some way or another, be it with the treatment, or surgery, or whatever else you have done.

I was diagnosed with osteosarcoma when I was 16, in 2012. I'd had pain in my right knee for about three months leading up to my diagnosis. I didn't know the pain in my knee was cancer, I just thought I was young and I’d probably pulled a muscle. I’d been to a physio and he actually spotted it, so I went for an MRI. I had that done and found out that it was bone cancer in my leg.

The worst thing I could think of

I had a lot of intense chemotherapy, I lost my hair, lost a lot of weight. I was already quite slim, so I had nothing left on me basically. They originally thought they'd be able to save my leg by replacing the bone with metal, but I think it soon became apparent that without amputation, they weren’t sure if I would be able to survive.

So that was the best option. It wasn't an easy option, it was very hard. But I had that done, and carried on with chemotherapy for six more months, and then had two long operations to remove tumours in my lungs. That was May 2013, and since then I've been all clear.

Being 16 and losing my hair and my leg, it was absolutely massive. I think how I look was at the top of my list of worries. So first, when I get told I need to have chemotherapy, I thought, my hair's gonna fall out. That was the worst thing I could think of. I wasn't even thinking of the sickness or anything else. I had really long brown hair and I'd never had it short, ever. So that was massive.

But I think as you go through your journey, your hair becomes not as important. I know at the time it seems so important, but it just becomes less important. Then as time went on, and I found out about my amputation, I totally forgot about my hair. Because, why did that matter when I was losing my leg. My hair would grow back, my leg wouldn't. Both of those things were massive for me and my body image. The weight loss as well. I just think when you have chemotherapy, your body is affected in so many different ways, and it changes so much.

What helped me on the way was my family and friends. They were brilliant. Without them, I don't think I could have done it, really. I also made friends through different groups, and through the Ellen MacArthur Cancer Trust. By talking to them, meeting new people, seeing people going from where they were to where I wanted to be was an inspiration. I know social media doesn't always get a good press, but I think that really helped as well, finding people on there, making friends and seeing them just go from where I was to being where I wanted to be. Finding inspiration. 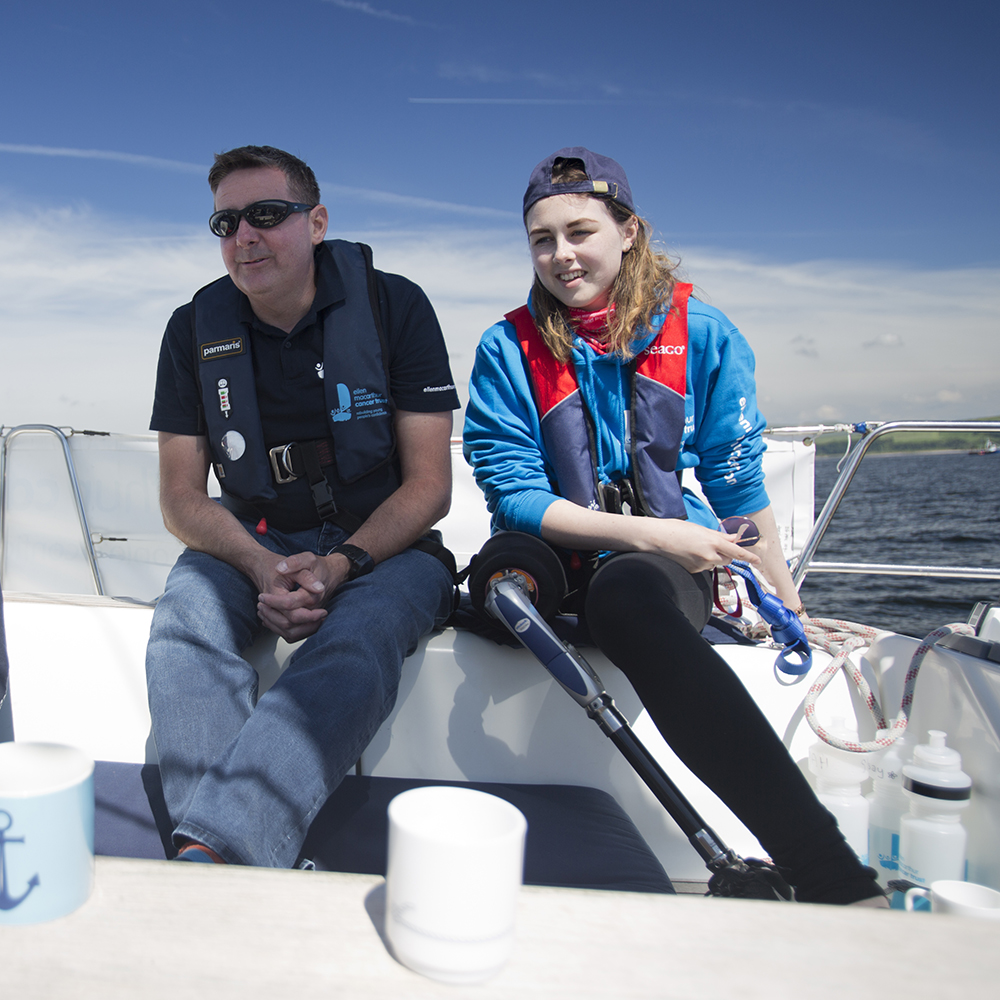 I was 16, I was quite young. I think what's helped has been the fact I've gotten older, and now I'm in my mid-20s, I'm more settled in my life and comfortable. I think when you're younger, you are thinking about body image quite a lot. People have helped me and pushed me.

I'd say now I’m in my mid-20s, the relationship I have with my body is very different. I feel more confident. I have my days where I think, I wish those people would stop staring at me. I now choose to have my leg out on show. I used to have it covered up when I was younger, it was made to look like a real leg. But in my eyes, it never did, I was always picking faults with it. I’d see other amputees and they were wearing their metal out, as I call it. And I thought, I'll never be able to do that, I want to look like a normal human, as such.

But I met a couple of amputees, and they had their metal out. I thought wow, they've been through something, and they look so strong. I thought, I should be proud of what I've been through. So I then got my metal out and got my leg on show. Now when I go out, everyone can see it when they first meet me. It's not one of those taboo subjects. I'm very open to talking about it, the fact that I have it out. That absolutely changed me. And I think it's one of the best things I did. Because it just shows me and people know, straight away, the real me.

Listen to the full conversation on Sound Waves, including how Sarah came to give talks in schools and the impact that’s had, and how she ended up modelling for River Island.