Yet bone tumours (the two main types being osteosarcoma and Ewing sarcoma) and soft tissue sarcomas account for 8% of cancers in females aged 15-24 and 10% of males in the same age-group (TYAC, 2019).

Young people recovering from sarcomas are regulars on Trust trips, with the nature of bone tumours in particular meaning that some have required amputations or have an internal prosthesis. Mobility can be an issue for these young people, while confidence is shattered as they try to adapt to their new normal.

In June, 26-year-old Dionne came sailing for the first time in Cowes. She was diagnosed with osteosarcoma in her leg four months after the birth of her twin daughters and endured 11 months of intense chemotherapy before her leg was eventually amputated.

She said it was so difficult being away from her four children, especially the twins who were so young, and, having spent nearly a year in hospital, she was worried they wouldn’t know or recognise her when she lost her hair.

Dionne admits she nearly backed out the night before her trip, worried she wouldn’t be able to stand up and she was scared about being around the water as an amputee. 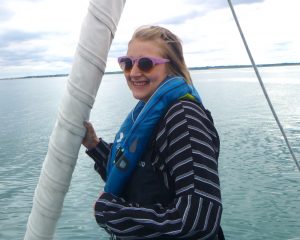 But, she believes the trip transformed her confidence and stopped her self-doubt. Dionne said: "I felt so anxious and at first I wouldn’t even stand up, but by the end of the week I was walking up and down the boat while it was moving.

“I feel a lot more confident in realising I can do a lot more stuff than I think I can do, I’m much more capable than I thought. It's been so nice to meet other people who have been through similar situations, it’s comforting to know you’re not the only one.

"I’m so glad I came on the trip and realised I can do anything I want to do. It was so much fun, I honestly don’t think I’ve laughed that much since treatment, it was life-changing. I’ve made new friends and memories that will last a lifetime.”

Having stayed involved with the Trust since his first trip in 2009, including taking part in the epic 2017 Round Britain voyage and volunteering, in February 2018 George was diagnosed with a recurrence of the osteosarcoma he was first treated for 12 years before.

His leg became weak and the femur fractured and, following months of chemotherapy, in July it was felt the best option for him to survive was to have his leg amputated.

As part of his recovery, George has explored his love of sailing, fostered through the Trust, and started attending Whitefriars Sailability near his Wiltshire home. And, 12 months after his amputation, he joined 120 other sailors at the RYA Sailability Multiclass Regatta at the Weymouth and Portland National Sailing Academy. Check him out! ⬇️

The Trust has two specially-adapted yachts - Solent Hero in Cowes and Caledonian Hero in Largs - that were funded by players of People’s Postcode Lottery to make trips more accessible. Both boats were designed so it’s easier for young people who are less mobile to move around while the extra volume gives everybody more space. 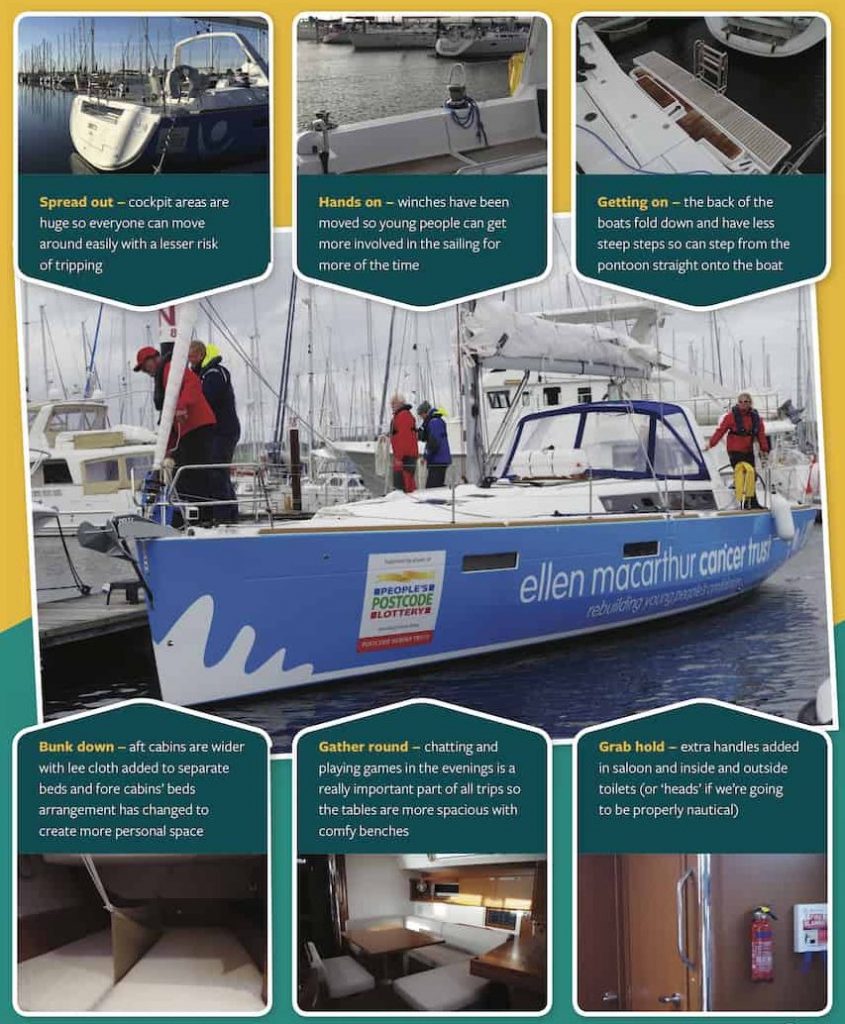